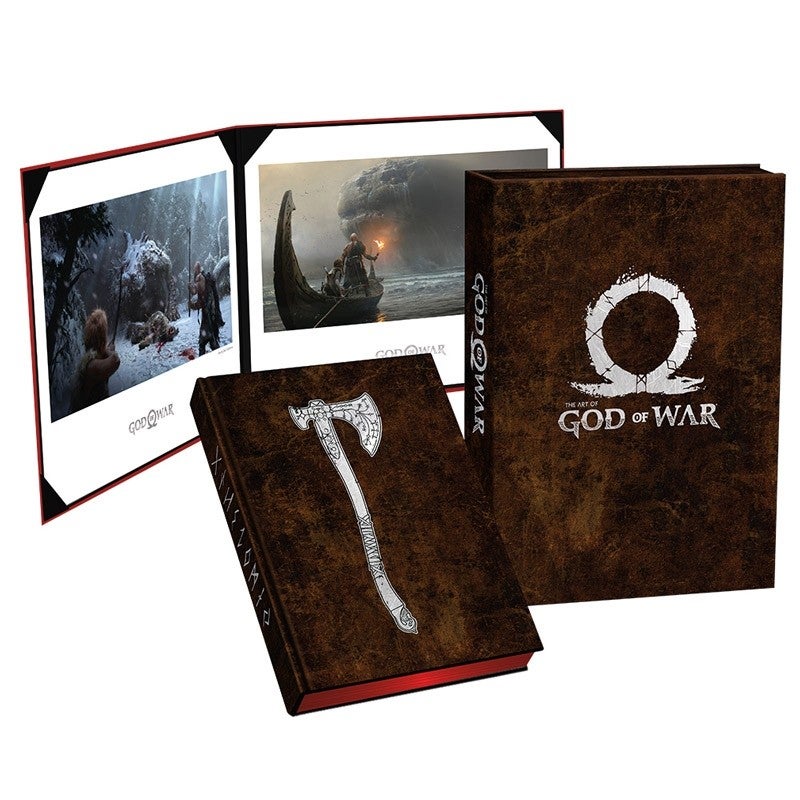 The latest God of War title takes the beloved franchise into an entirely different direction as fans once again step inside the role of Kratos. Though the environment and mythology is different, arguably one of the most exciting aspects is seeing the legend himself in a new light: fatherhood. Now fans of the series can see that very same dynamic and much, much more in an all new light thanks to an exclusive new God of War art book now available for pre-order!

The new art book boasts 224 pages of glorious renditions of the world within the next installment. With a leather-like appearance and two exclusive prints done by the artist Jose Cabrera, this is definitely something that collectors need as a part of their epic collection!

"An intimate chronicle of the years-long odyssey to bring Kratos and Atreus’s beautiful and brutal world to life.

It is a new beginning for Kratos. Living as a man, outside the shadow of the gods, he seeks solitude in the unfamiliar lands of Norse mythology. With new purpose and his son at his side, Kratos must fight for survival as powerful forces threaten to disrupt the new life he has created.

Step into Midgard and explore beyond, as Dark Horse Books and Santa Monica Studio proudly present the quintessential companion to the enormously anticipated God of War. This is a document unlike any other that sets readers on an exhaustive behind-the-scenes journey to witness the creation of an epic of tremendous scale."

The art book itself is available for pre-order for $79.99 with an estimated shipping date of June 30th, though this could very well just be a placeholder given that there is no set release date as of yet for the new game itself. Interested? You can check out this beauty right here.

I do enjoy artbooks, and have quite a few myself... might have to pick this up at some point

They need a new title. I hate when reboots have the same title as the original game. Now we must put a year after the name. GOW 2018 vs GOW 2005

i want this so bad

It is not a reboot tho, it's a direct sequel to gow 3, it's still weird that this is called just "Gof of war"

This is not a reboot but rather a direct sequel.   The thing that's changing is the gameplay & camera angle.  The story is canon.

I noticed a lot of people just call it God of War 4 (GOW4). Chronologically, that’s a correct statement, and anyone who sees it typically understands.

Hopefully 75% of the art in that book is pictures of naked women Kratos had sex with.