Forums - Nintendo Discussion - Pokemon Switch Will be the Biggest thing ever.

Combine the fact that Nintendo have never delivered a true console Pokémon with the interest in the franchise that showed with the Pokémon Go insanity and I believe Pokémon switch will be earthshattering. Think of all the pent up demand for a Pokémon game on a console. With the switch seemingly merging their handheld and console lines we can assume Pokémon switch will be a true Pokémon.

Of course execution will be key. But with the roll Nintendo is on I am not worried much at all about whether or not it will be of the highest quality.

Oh God.... The Switch is already having stock problems too. Imagine the chaos! People will be killed trying to buy switch units. Every Friday will be black Friday.

Hope so, only mainline pokemon I played and finished is Pokemon Yellow(or was it red?lol) and Pokemon Y, would be interesting to see what the Switch version would look like.

I will buy the switch when Pokémon arrives and I am sure many others will also.

Pokemon is huge.
But i have actually never played a pokemon game outside a 3DS Demo. I could get the NS version though.

I hope they will have enough stocks when Pokemon arrives.

Of the few Nintendo franchises I've tried, Pokemon is on the lower spectrum in personal preference. So I hope this new one can make me a fan 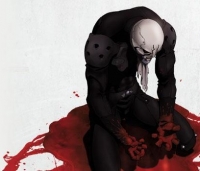 I just hope the game isn't a cakewalk, like the recent mainline games in the series...

Pokémon Switch is really going to push some systems even just when it's first revealed, do you think 25-30 million will be enough next fiscal year to keep up with demand? ; )

It's going to be THE Megaton. Nothing Sony or Microsoft release will be able to compete sales-wise.