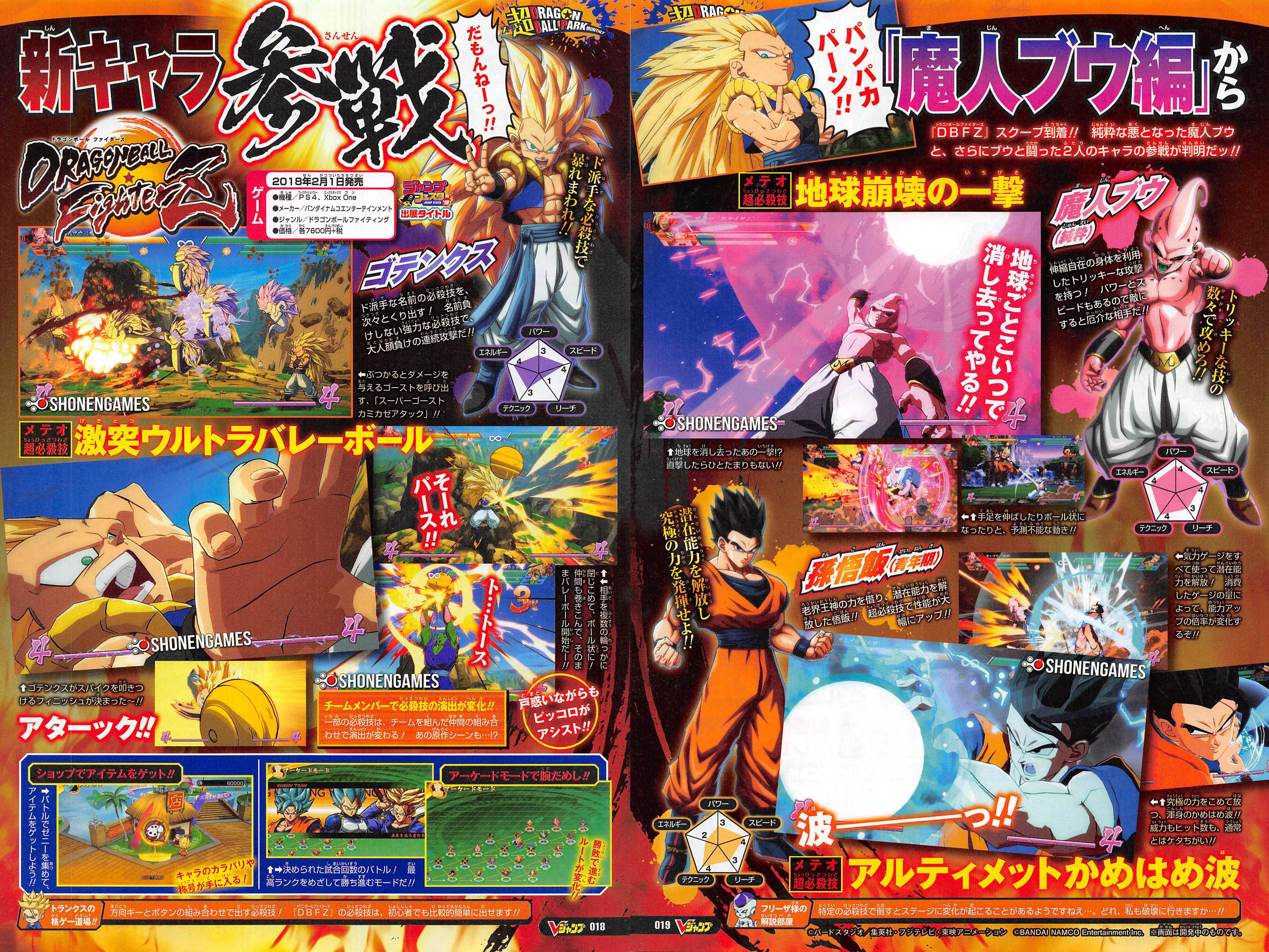 - Unleashed continuous flashily-named attacks against his opponents for consistent damage. His moves themselves live up to their flashy names, too.

- For example, the Super Kamikaze Ghost Attack where the ghosts charge the opponent and detonate upon contact.

- His Meteo Super Attack is the Ultra Volleyball Attack, where he turns them into a volleyball and juggles them together with his allies. Even Piccolo can reluctantly join in, just like in the original series.

- Gohan, endowed with his full unlocked potential, thanks to the Old Kaioushin. His abilites increase greatly by using his own energy.

- He can use his full energy bar at once to enhance his regular attacks greatly.

- His Meteo Super Attack is the Ultimate Kamehameha. Using all of the energy he can muster, its power and hit count goes way above regular ones.

- With his elastic and freely adjustable body, he uses many tricky moves. He still has both power and speed to boot, though, so he's a very rough opponent to go up against.

- Extending his limbs, rolling himself into a ball, he's truly a master of unpredictable movement.

- His Meteo Super Attack is the Earth Genocide Attack, which he used in the series to wipe out virtually all of mankind in one blow.

Looks like you can power up to Ultimate Gohan in one of the screenshots. 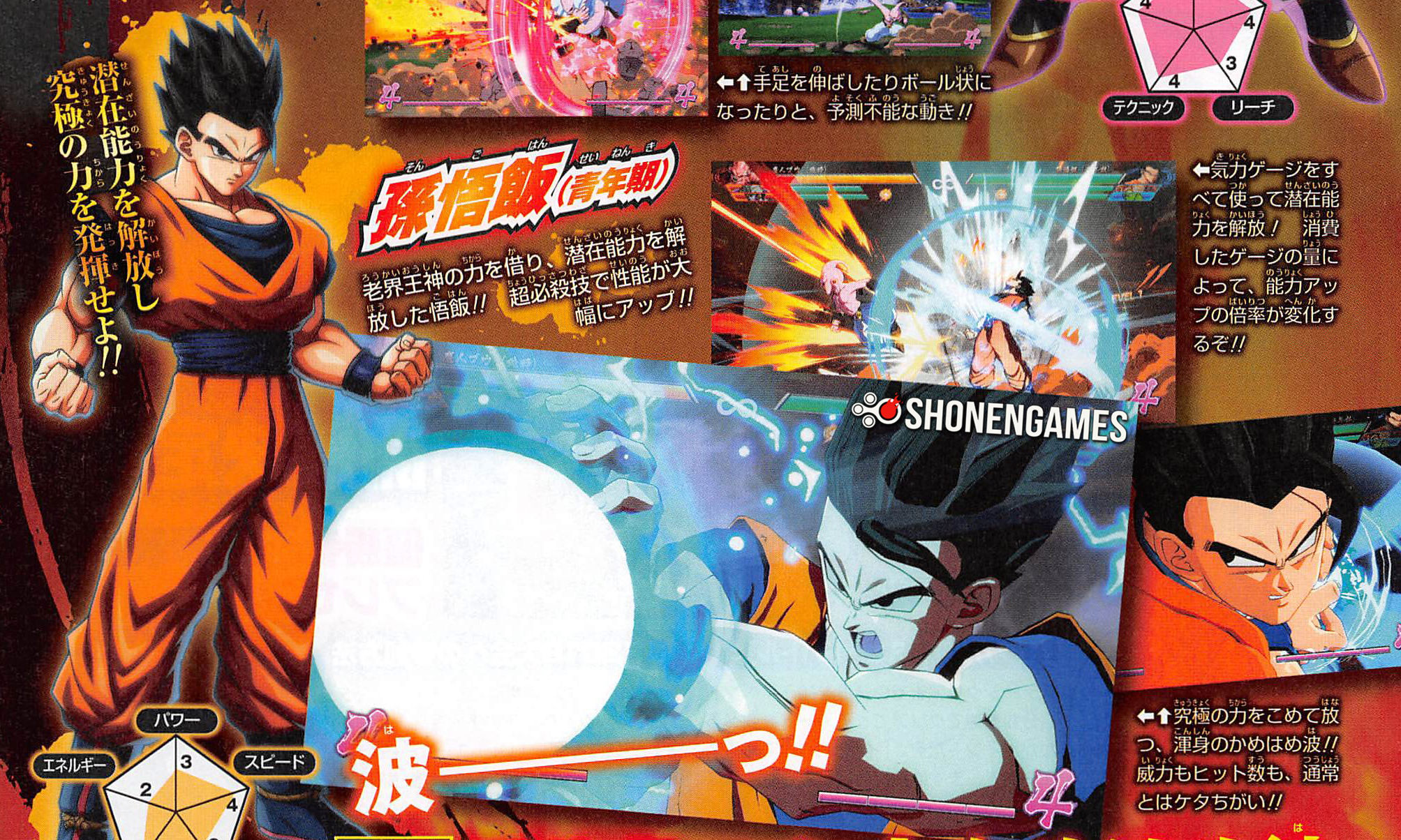 And it sounds like it costs all 7 gauges to do his most powerful transformation form.

Also, I read that Gotenks Super attack (Volleyball Spike when teamed up with Piccolo) will be different if you are teamed up with characters other than Piccolo.

And the Arcade Mode sounds interesting, where depending on if you win or lose a fight (and perhaps even how you finish a fight) it will take you on a different rout, fighting different opponents. That could be a very cool way of unlocking certain lore fights. Like, if you lose with Goku vs Cell, you get to play as SSJ2 Gohan against Cell. And if you finish him using Gohan's Father-Son Kamehameha, you unlock another battle, etc.

Initial roster is shaping up nicely. I hope to see either version of Vegito at launch. 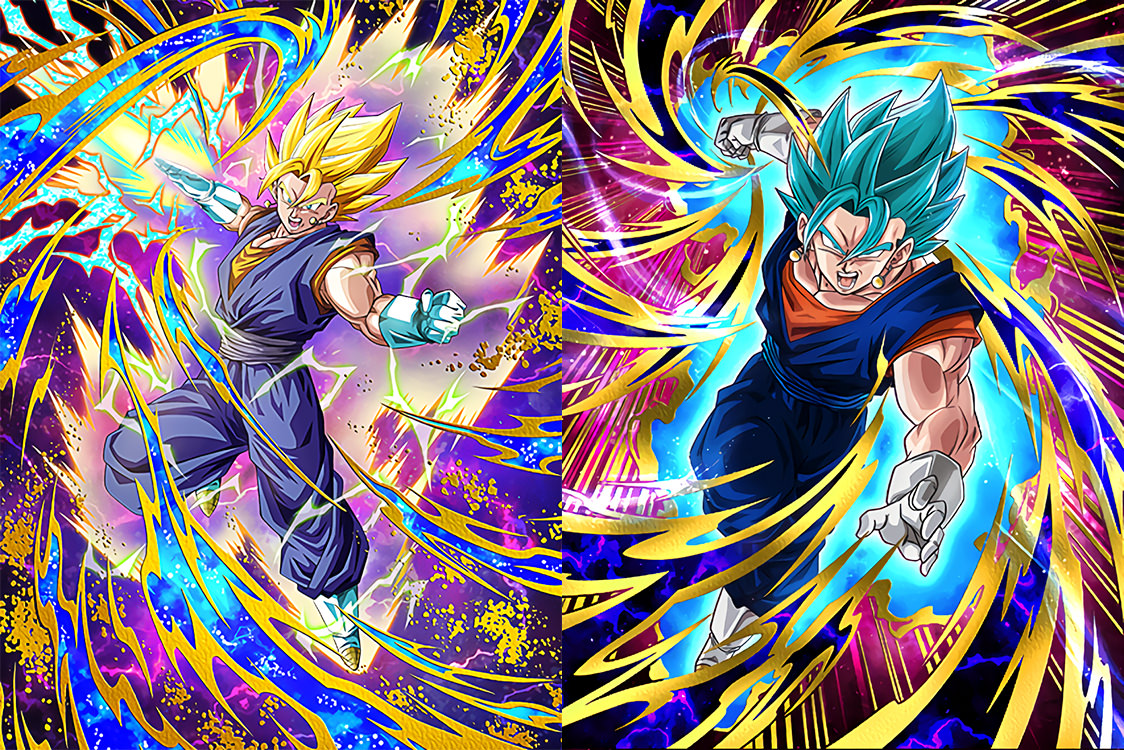 And at some point I want Caulifla with her MC Hammer pants. 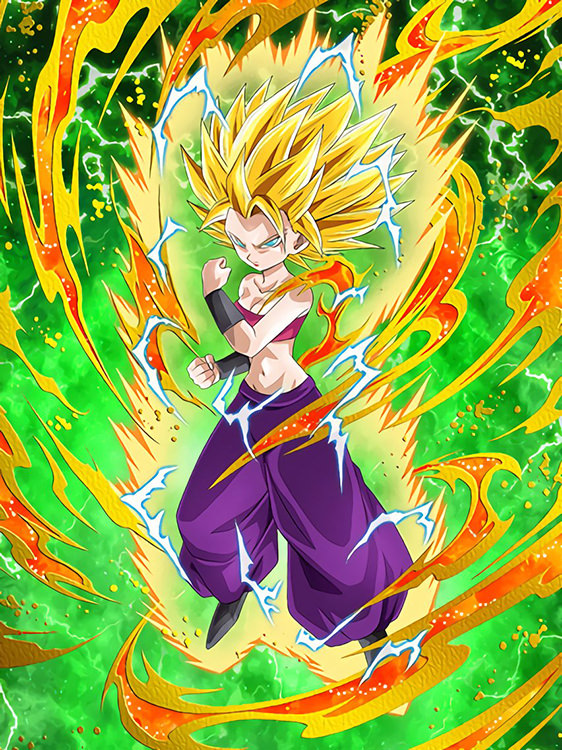 I don't expect her in the initial roster, but would be nice as future DLC.

is 4 the highest number?

Kid buu seems a bit unfair if he has 4 in almost every stat.

The game seems to keep getting better and better. Looking forward to playing it day one and not having to wait.

Looks like there's room for 5, but on all the scans I've looked at, no one has had a 5 in any stat yet, except potentially these two: 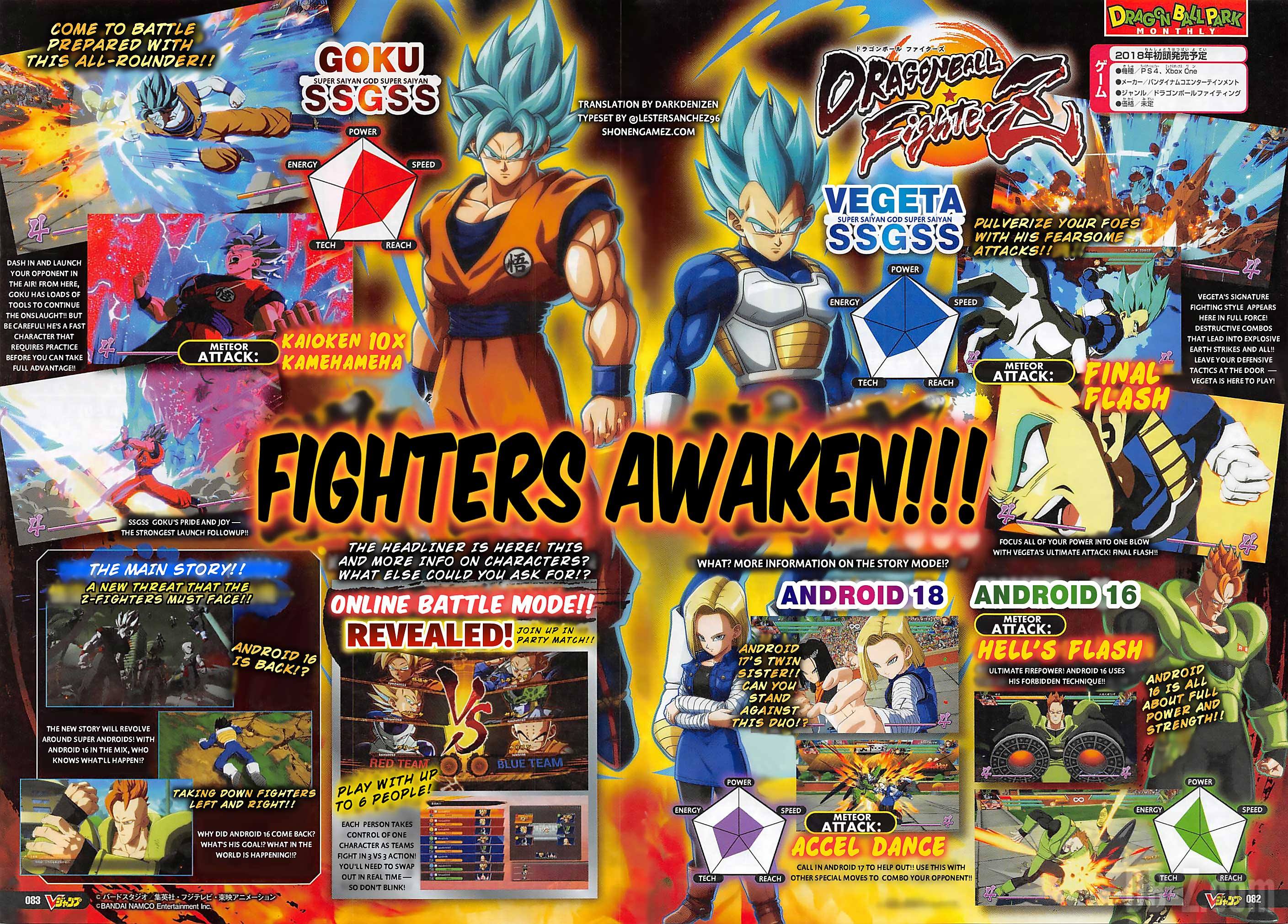 Oddly enough this is the only scan that uses a different stat meter. There are no lines and no numbers to indicate the stat, so even though it looks like a 5 in Speed on Goku, and 5 in Power for Vegeta, it may be a 4 if they had used the same stat meter they used for every other character scan.

That may make choosing characters hard. I rather they all be equal with different move sets.

If some are just better, than why would I use the ones with worst stats?

Upon further inspection, when I look at Goku, Vegeta, 18 and 16, and compare to the stat meter in this scan: I'm seeing 5 individual stat points for Goku, Vegeta, 18 and 16 that correspond with how they're positioned for Krillin. So yeah, looks like Goku and Vegeta have a 5 in one stat each.

As for why you'd go for someone with lower stats, hopefully they are balancing these things out with what kind of attacks and techniques the characters have.
For example, a character with high stats such as Kid Buu may have many moves that are unsafe on block, meaning that as long as you block one of those moves of his, you are guaranteed a free punish on him. While another character like 18 who can call in her brother 17 has a higher mixup potential where the opponent is forced to guess which way to block after both her and her brother attack the enemy from both sides at once. Krillin can randomly throw a senzu bean that can be used for healing. Ginyu can switch body and health meter with the opponent, etc.

Arcsys are very talented fighting game creators, so I wouldn't worry too much about there being an uneven playing field between characters.
I think these stats are more a reference to what kind of fighting style these characters have. SS Blue Goku has high speed and power, but low energy, meaning he is a glass cannon character, who can close the distance to the opponent fast and dish out high damage, but he himself will be killed faster than most characters due to his low health bar. In that sense, Kid Buu looks like a very all round good character. But he may have significant drawbacks elsewhere, such as his move recovery speed and projectile trajectory, etc.
That said, there are always unforeseen miscalculations and some characters end up better or worse than they planned. But usually they try to address that with balance change patches.