Forums - Website Topics - How A Single Message Changed My Life And 10,000 Others 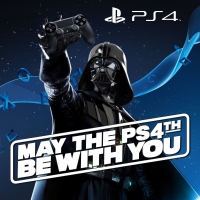 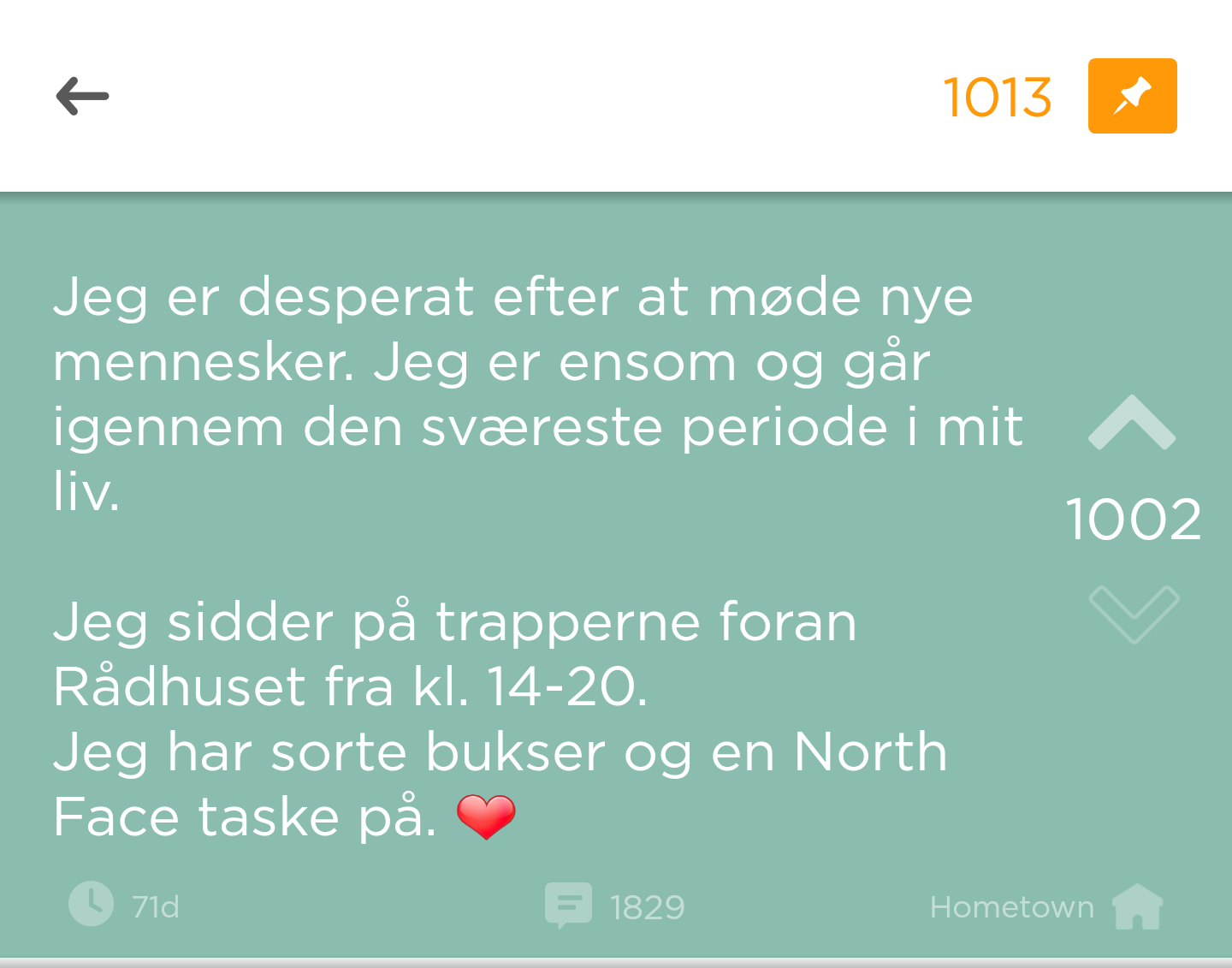 “I am desperate to meet new friends. I’m lonely and going through the hardest period of my life. I’ll sit on the stairs in front of the town hall from 2pm to 8pm. I have black pants and a North Face bag on.” – written December 7th 2016.

Late last year I wrote this message on an app called Jodel, a European equivalent of Yik Yak. It is an anonymous forum, where you can write about almost anything and where anyone within 10 kilometers can see your message and reply.

I had no idea at the time, that this very short message would soon change my life as well as 10,000 others.

Before I go any further please allow me to tell about myself.
I have lived more than half of my childhood and youth life in orphanages. An anxious upbringing with defeat, insecurity and violent assaults that have made me the person I am today; a person with very poor self-esteem and a deep inner sense of identitylessness. In September of 2016 my girlfriend of 6 years cheated on me and left me shortly after. My whole world came crumbling down and I was on the edge of suicide. I got admitted to the local psychiatric hospital, but was released after an intense week of care and treatment.
I never had many friends and those few I had, I stopped seeing after my now ex-girlfriend and I got together back in 2010.

So there I was – with no family, friends or girlfriend. I was all alone. And in my desperation, I decided to write and send out the message you see above. 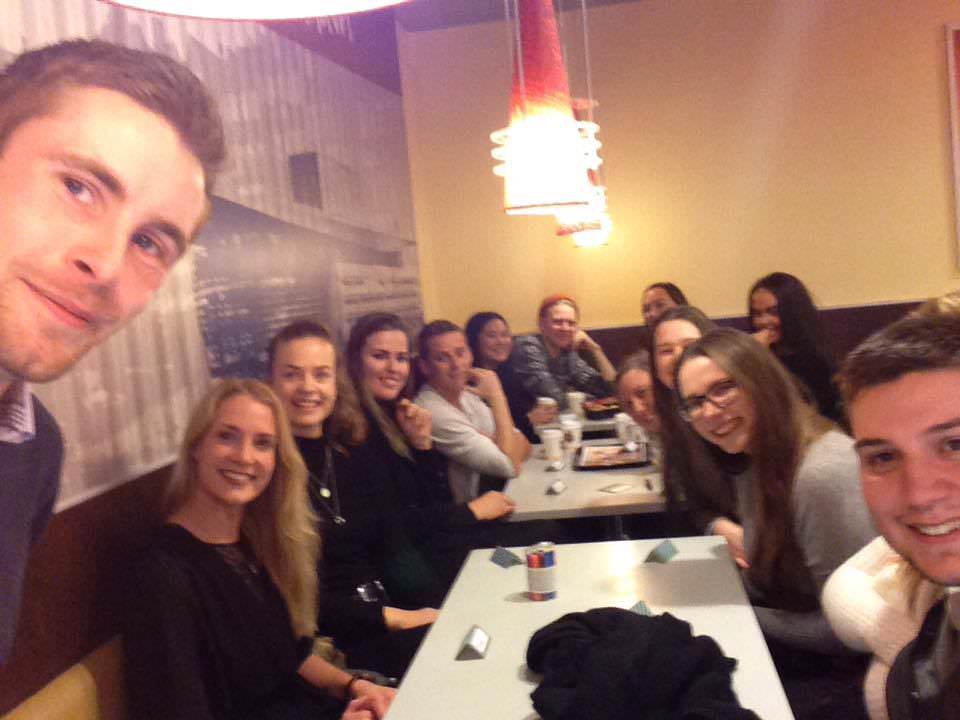 (I'm the one in the lower right corner.)

A lot of people read my cry for help and came to my aid – no less than 13 strangers decided to show up and give their support. I was so overwhelmed with joy, that I had to fight back tears. Many of them confided in me throughout the evening and told me that they too had felt the heartwrenching pain of loneliness, but were too afraid of reaching out because of the stigma.

This meeting went viral in Denmark and the next day I was contacted by a radio station, but not just any radio station – Radio24Syv, the largest public service radio in Denmark wanted to hear and tell my story. I was also contacted by the biggest TV stations as well as numerous papers.

At first I declined their offers, as I was afraid of the stigma and taboo, but after much serious thought, I decided to tell my story – not for myself, but for the good of others. I knew something had to be done about the increasing loneliness rates in Denmark (statistics show, that more than 210.000 Danes often feel lonely), so I took it upon myself to make a change.

I then started a free nationwide peer-to-peer network, where lonely people could find new friends and someone who they could relate to. A network where you were applauded for showing your weaknesses and vulnerability. A network where we as a community would stand together against the taboo that is loneliness. 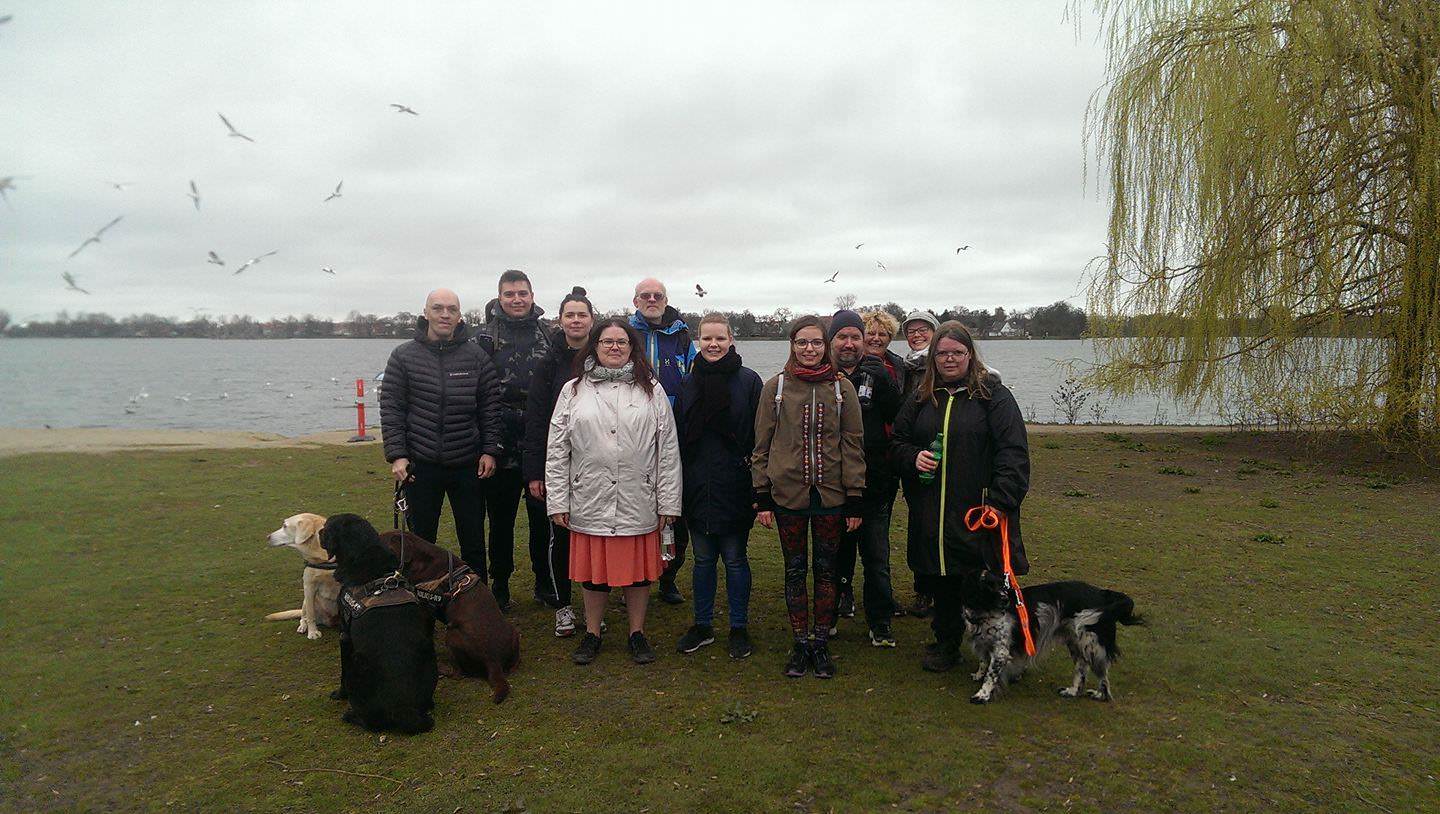 Five months later – in an effort to create awareness, I decided to start a 10 day relay walk from Copenhagen to Aarhus

The concept was; that under no circumstances was I allowed to walk, unless accompanied by another person. Luckily for me, more than 70 people chose to support my cause by either walking with me or offering me accommodation and food.

The project was very successful as it got the attention of the media. 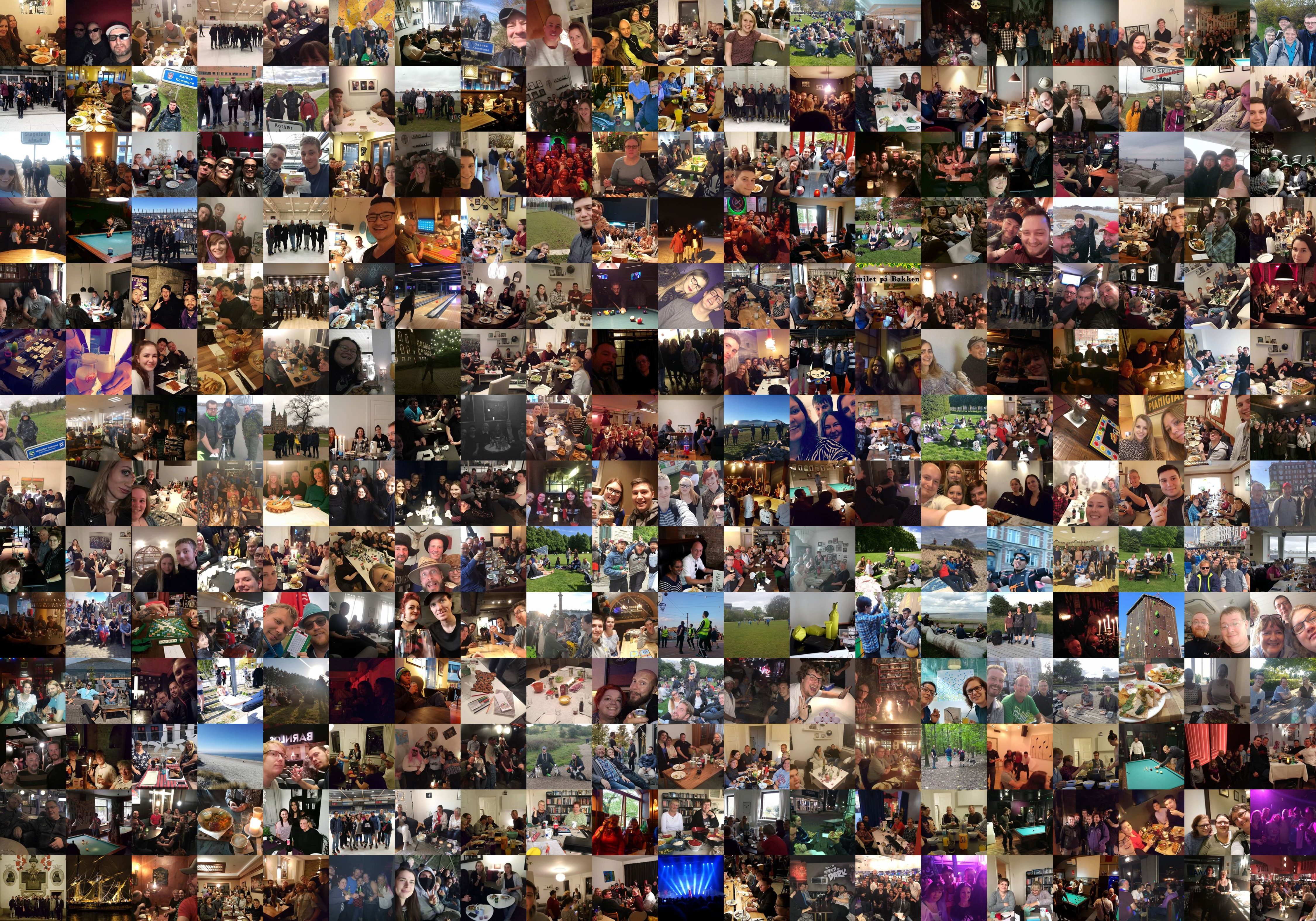 It has almost been a year and I couldn't be any more proud of what I have achieved. I dropped out of my education as a programmer to chase this crazy dream of mine and it has been the best decision of my life.

Loneliness should not be a taboo in todays society!

Thank you for reading

A few days ago my story went viral on Imgur. And these are the articles that came in the aftermath.

Last edited by LordLichtenstein - on 16 November 2017

Well that is just wonderful! I cannot speak for everyone, but I would like to think most of us are here for you as well, no matter how much we do or do not know you in the forums.

Keep us up to date on your progress.

Happy for you. I remember reading your posts when you were more active a year or two ago, always thought you were a good poster. Your network could go real far, hopefully you make a solid living from it considering how invested you are.

This is especially nice for me since I work with youth psychiatry and deal with kids who have few or no friends and have lived through some real harsh stuff. Keep going and stay strong!

That's awesome! It also restores some of my faith for humanity.

That's pretty great. Always nice to hear stories of people getting the support they need and turning their life around

Keep up the good work man. I'm glad things are working out for you. Loneliness is an all too familiar feeling for me.

This is awesome - a nice feel-good story. Thanks for sharing.


P.S. Your English is great.

Thanks, Spurgeonryan. You have always been one of my favorite members on here.

Thanks man. I mostly did statistics and lists, but I am glad you enjoyed them :)

My thought exactly. I cannot thank those people who showed up enough. <3