Do you ever get bothered by unnecessary sexualization?

I was pretty excited since Xenoblade 2 was announced. Even with the anime style, I still remained optimistic overall.

The game certainly doesn't look terrible, but something that bothers me are the rare blades in the game. I won't go insane if a character shows off its body, but at times the game does it in a manner more ridiculous than any of the 'controversies' from XCX. Why is there a blade that looks fourteen with only its ass exposed? I get it's such a small part of the game, but to me I fail to understand why this is even necessary. It can't be that difficult to make a female character without having huge tits or flashing any part of its body.

Also, this one is subjective as well, but I wish they stuck to a detailed world like XCX. It's honestly my favorite game to just run around and enjoy the atmosphere of a game. I haven't seen much discussion around the overall world however, so it would be neat to see what other think.

I'm probably the only person who fully agrees with you here.

I have warmed up to the game a lot more compared to how I felt 6 months ago, but that doesn't change the fact that I will be skeptical about how the game itself is until launch, and things like Pyra's character design aren't doing any favors for me at all.

You know what anime is right?

I dunno. I don't get bothered by fictionalized sexualization.

it's nothing special, it's a part of the japanese culture, where it's very popular

I'm more bothered by their brand of humor this time around from a couple of cutscenes.

No I like unnecessary sexualization.
It gets my imagination going and makes me feel happier.

I just don't care. That's pretty much why I didn't cared about FE# getting censored.

.... Unless she was reveiled to be 10 yo and having the biggest boobs I've ever could imagine.

Anyway, if this means that we can still get gorgeous design like these, then proceed to shovel anything you want :P 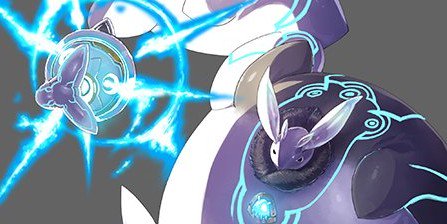 I'd prefer that they tone down some characters, yeah. They feel a bit ridiculous at times. But... well, I think it's part of their culture so I can get over it as long as the game has a good plot and gameplay.