Star Wars Rogue Leaders: Rogue Squadron for Wii never saw release, but that doesn't mean the game is gone and forgotten. In fact, Factor 5 president Julian Eggebrecht told us he'd be thrilled to see the game come to Nintendo Switch.

"It's something in some way, shape, or form, should definitely come out of the archives," he told us during an episode of our Nintendo podcast NVC.

Eggebrecht told us the reasons for the games cancellation "should be out of the way nowadays."

"I think it's just about the willingness of probably us spending some time on it, Disney/Lucasfilm playing along with it, and probably EA must be a little in the mix," he said of the potential to release the game.

"My immediate dream would be to first port basically what we had on Rogue Squadron Wii to the Switch," he said, citing the input characteristics of the Switch and its similarities to the Nintendo Wii. "Rogue Squadron Wii pretty much supported every single input device. So in spirit it's very comparable to what Nintendo did with Mario Odyssey, or even more so Mario Kart."

Eggebrecht said the Switch's inputs, from Joy-con to Pro Controller, would be a great match for almost any section of the game, but the lighsaber battles still require motion controls, which are still part of Nintendo Switch.

On the Wii game, "the whole subsection with the duels, you could only play with a Motion Plus, because we needed 1:1 mapping," he told us. If the game were to get the go-ahead, it would be a matter of getting "the gang together."

"They're all around. Our lead artist, who did the look so unbelievably right, basically spent half his time at Skywalker ranch designing for George [Lucas] on the movies" and the other half of his time "drawing the textures for us." That artist now works at Pixar, which Eggebrecht says is "only a stone's-throw away."

As for the graphics, Eggrebrecht said it wouldn't be a problem porting them to modern HD. "The models still hold up," he said. "I don't think on those models you would see much of a difference between what EA created later," he said, citing the 30,000 polygon count X-Wing model.

A new Rogue Squadron would be welcomed on any platform.
I am still waiting for a new X-Wing Alliance game.. haha

Yes! This should most definitely happen.

This would be easily be must buy.

Insta buy from me 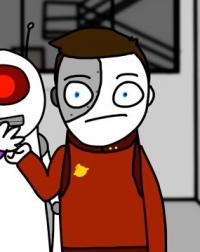 I never understood why Nintendo did not wholeheartedly embraced Factor 5 for what they did and made them an Nintendo-exclusive Studio with every Form of Support that was needed to make these outstanding Games.

It takes two to tango and while Factor 5 and Nintendo did have a decent relationship, it could be some of the executives on both sides didn't see the need or want to wrap everything up as tightly as they did. Honestly, HD development was just becoming a thing for console developers as was the danger so who knew that Lair and some other cancelled projects would wind up killing the whole studio to make them one of the first major causalities.