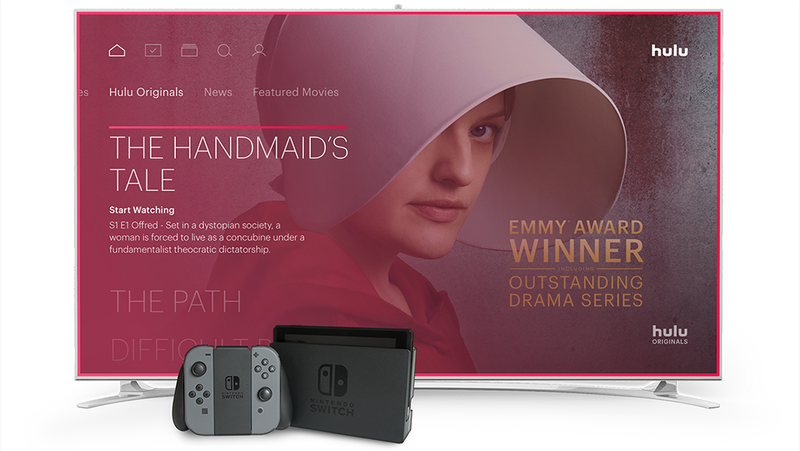 ''Nintendo’s gaming tablet is finally getting some streaming content. Today, the company revealed its first major media app will be Hulu, which will be available later today. The Switch version will be the full Hulu app, including the company’s live TV package and on-demand subscription service. With the release Hulu becomes the first major streaming service available on the Switch to users in the US.''
Source: https://www.theverge.com/2017/11/9/16628158/hulu-nintendo-switch-release
-

“We are very proud to announce that Hulu is the first US streaming entertainment service to debut on Nintendo Switch!” Irving said. “Beginning later today, Hulu subscribers will now be able to use their Nintendo Switch to stream all of their favorite TV whether they’re at home or on the go.”

Would be cool to store videos for offline viewing, like on Android or iOS.

Meeh I'm still waiting for Netflix and HBO.. the ones I pay for :)

I have both Hulu and Netflix so this is awesome!

lol hulu beats netflix. That is funny.  What is netflix doing too busy jerking off?

Pushing Spacey out the door.

About time some sreaming apps(or other apps outside gaming) are comming to the Switch.

Meh, wake me up when Netflix and/or Crunchyroll comes out.

He will find his way back in.  He just needs to grope a little more.