Do you believe Canada exists?

While the concept of Canada had been bouncing around for some time in Hollywood's comedy community, the first verifiable evidence of it doesn't appear until the 1992 episode of the Simpsons "Bart's Friend Falls in Love"

Early concepts of Canada further developed in the 1995 film Canadian Bacon. But it was in a 1997 episode of South Park where the concept of Canada really began to take shape into the form we recognize today. While not the original creators of the concept, the entire understanding of Canada has been revolutionized by Trey Parker and Matt Stone.

Today, many people roleplay coming from Canada, you can find them dotting the internet, even in this forum. Many people have actually come to believe that Canada actually exists; despite never meeting anyone from the place, and certainly never being there themselves. We even have people playing a joke and putting videogame sales statistics supposedly coming from Canada. When playing online games, you can even choose to come from Canada. It has become a very big thing! To the point where belief in Canada has attracted almost as many believers as the the Flat Earth society

Where else would these Age of Empires bears come from? 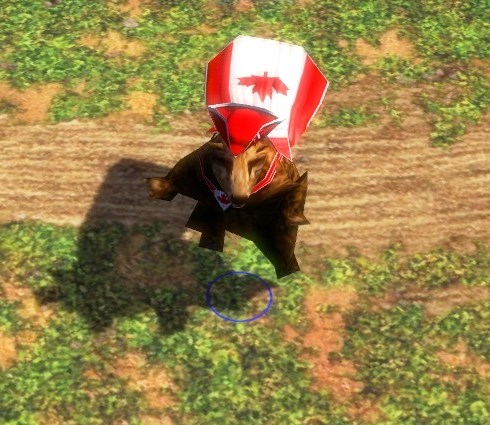 Yes, I'm one of the canada fakers out there. I actually live in narnia, and I'm an angle who spends his days on earth playing video games - it is the dream indeed.

Of course it exists.

Just look it up on Google Maps.

100 million dollars. US should offer to buy it. Done.

Canada is actually the next location for the Uncharted series, one of the most hystorically accurate franchises of all time, so .... yes.

No, it's a lie. I'd rather just quick out Quebec and unify with the USA.

Alright I admit it, I'm actually from Alaska.