One year ago today, the team at PlayStation was proud to introduce a thrilling new gaming experience crafted with a single goal in mind: pushing the boundaries of play.

PlayStation VR was designed to open a doorway into thrilling and captivating new worlds that electrify our senses. We are confident that virtual reality is that next step in in the evolution of the videogame medium, with a collection of more than 100 gaming experiences designed to make your synapses fire, your heart race, and your muscles twitch.

But we’ve been learning a lot about this medium along the way. Building the future of VR is a lot like creating a new language. Or maybe even an entirely new alphabet! With traditional videogame development, we can draw from nearly 40 years of experimentation, trial and error.

VR is a little bit different. Of course we’re still drawing from the long, proud history of traditional videogames development — but VR’s unique capabilities mean developing entirely different levels of artistry and engineering. Making VR a mainstream sensation will require the full efforts of our very best and brightest.

And as Chairman of PlayStation’s Worldwide Studios, let me tell you – the best and brightest are extremely excited about this powerful new medium. The biggest game developers and innovative independent developers have helped establish a rapidly growing PS VR game catalogue that rivals PS4’s at the same point in its lifespan.

So what’s next? For starters, I can tell you the best is yet to come.

The future is bright. And as we celebrate today, I want to give my sincerest thanks to the adventurous teams who helped create, shape, and build PlayStation VR. We are equally grateful for the one million-plus gamers who have taken the plunge into virtual reality with us. We’ll have a lot more to share with you in the days, weeks, and months ahead.

So again we ask, “what’s next?” And the answer is simple: the extraordinary! We want to be your guide. Are you ready to explore?

Wonder how many PSVR's will be sold before this gen is over...

Hopefully they re working on getting price down on the headset.
Price of entry is still too high.

1m sold through retail? (Just over)

Sales below all hopes and expectations. 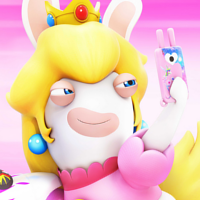 I'm still not satisfied enough with the support to invest in one.

Numbers are not impressive but I think it is still better than the 3D TV gimmick. I have real hopes in VR and PSVR is definitely the one doing the best even with a very low adoption rates so they are doing it right for sure.

Not sure why PSVR sales slowed down so much since the beg. of the year tho. Maybe they will be able to price it down soon before the end of year which would help a lot.

Look forward to their 1st party VR announcements at PGW