Since I like to watch sports, I decided to make a bucket list just for sports related places and games.

National Baseball Hall of Fame and Museum: A sport that prides itself on tradition, it's no surprise that a museum dedicated to baseball's history exists. I, being a history fan myself, would like to see what exhibits are located there.

NFL: Out of the big four North American sports leagues, this is the only I haven't been to. While many people say that a game on TV is much better, I would still like to see a game for the heck of it.

Pro Football Hall of Fame: The NFL's history may not be as renowned as baseball, but being an NFL fan myself, a museum dedicated entirely to professional football is a must visit.

Liga MX: The atmosphere at a Tigres-Monterrey games is fantastic and one I would like to see. And unlike South America where most of the best players leave for Europe, Mexico's best players usually stay at home.

Premier League: The biggest soccer (OK football for anybody that gets angry with that term) league in the world. I previously didn't have much interested in visiting England until I remembered about the sports in the country. Liverpool is the city I want to see a game on.

Serie A: Considered the best league in the world during the 1990's and early 2000's, it's fallen quite a bit since then. However, I love the Italian style of play and AS Roma are my favourite  European team.

FIFA World Cup: This one will be a bit harder because it's only once every four years. Fortunately for me, there's a good chance of games being played in Canada and the United States, and I will make sure I attend a game if that's the case.

FIFA World Museum: Museum dedicated to the World Duo's history = heaven to me. Unfortunately there's nothing else in Switzerland that I can think of visiting.

AFL: Aussie rules football is a niche sport outside of Australia (more like non-existent). But it's very cool with a mixture of basketball, rugby and soccer. The venue to to see a game is the Melbourne Cricket Ground.

National Sport Museum: This is also at the Melbourne Cricket Ground and it sounds interesting.

My bucket list: Live to see the Miami Dolphins win a super bowl.

At least there's a chance, unlike Brown's fans.

Well I don't complain as I've otherwise been treated quite nicely by sports. My CFB team (FSU) has won three in my lifetime and one fairly recently, my NBA team (Heat) won it all a decade ago and then had those four straight finals appearances (including two wins), and while I don't follow it too closely the Marlins have won twice over the past two decades.

Really, it's only my NFL teams (Miami Dolphins and Jacksonville Jaguars) that have constantly dropped the ball (the last time either seemed to have a legitimate shot was back in the 90's with Marino and Brunell respectively). I stopped allowing myself to actually be upset by their failures long ago, and instead just have fun with it and allow myself to be pleasantly surprised when things actually go somewhat well :D

A Miami sports fan! I assume you're not a NHL fan because the Panthers have been terrible the past 2 decades.

Dan Marino is often considered to be the best player to never win a championship (IRC the Dolphins only made it to one Super Bowl with him). They have been a playoff bubble team recently. As for the Jaguars... just crap.

lol I moved to Jacksonville for college and have lived there for the past 10 years... at the time of adopting them the Jags were pretty decent. Things haven't gone well sense. The Dolphins have largely been trapped in mediocrity lately.

I definitely think Dan Marino was the best player not to win a Super Bowl... I actually feel bad for him as in the 17 years Marino was with the Dolphins the team apparently was in the bottom 5 of total spending for all but one. The combination of Marino and Shula alone was always sufficient to make the playoffs more often than not, but when they'd start making it deeper into the playoffs the lack of depth would really become apparent. Unfortunately for Marino, the only time he made it to the Super Bowl he went up against one of history's best teams in Bill Walsh and Joe Montana's 49ers.

It's a shame he didn't show up in the QB-and-WR-protected 2000's instead, as I think it almost inevitable that he'd have won a ring then. He was among the last generation of QBs that really took a beating (he basically played the second half of his career in a ski boot).

Well, I'm not the huge sports guy you are, so I don't really have a bucket list. In fact, I had no idea you even had one! 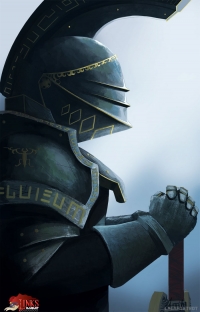 hmm, you want to see Premier League and Serie A but not La Liga or Bundesliga?

Although I do agree seeing a Serie A game would be pretty awesome, I'd also love to see Roma play! Also want to go to a World Cup. Qatar 2022 is a possibility for sure!

Mine would be to see the Rugby World Cup final in Japan 2019!