Is terrorism getting worse?

Is terrorism getting worse?

However I do believe it is on the rise compared to recent history. (say since mid 19th century).

So basically it has been much worse, but it seems worse now than it has been at times in the past.

Where does this even come from.

I would say it means it's getting more desperate.

No it's not, it's just returning to a normal after 20 years of unusual calm.

I guess people on this board are either americans, to young or both.

Let me refresh your memories with a couple of names that spring to my mind.

I think we have just right amount of terrorism. 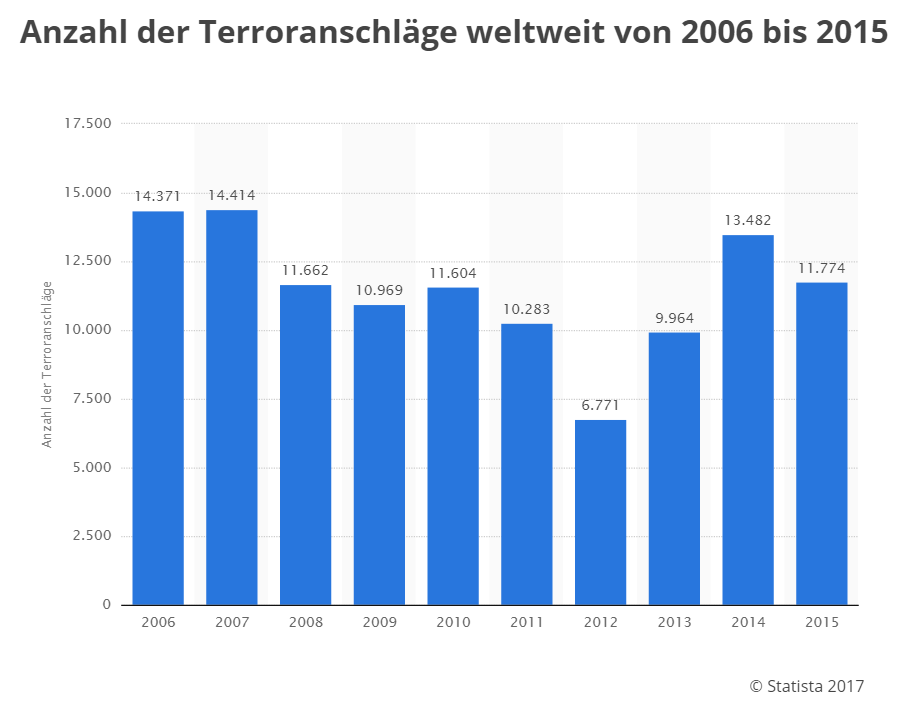 levels haven't changed much, the terrorism that occurs in western countries is little more than a blip on the global numbers, it is just that those incidents make he press whereas the thousands that die in what western media think of as less important countries don't rate a mention.

Terrorist attacks are getting more frequent in the west (compared to 15 years ago), but the attacks seem to get smaller.