Forums - Politics Discussion - At what point are Impeachment proceedings going to be started with Trump?

I'm truly not trolling. The guy he just fired got fired for doing 1/100th of the things Trump has pulled just on his Twitter account let alone alieanating the USA from the rest of the world.

I don't even LIVE in the USA and I'm so angry for you guys. Trump is systematically replacing anyone who is remotely related with looking into all the shady things he's done.  From an external person(I'm in Canada and REELY not happy with the crap he's pulling on us) to the situation, it looks like a more civilized version of what the so called "regimes" do in their own countries with people who are against the policies or directions of governing.

The EPA and environmental things just so he can create "Fake Jabs (Ha ha???)" absolutely infuriates me coming from a country that pride itself on being clean. Thank GOD what little polution we make goes south for the most part and not the other way around.

At what point do enough people protest (peacefully!!!!) or get active and get him removed??? I'm no fan of Comey...don't confuse that however he created the environment by which Comey was fired for the express purposes of firing anyone he doesn't like.

And the "fake news" thing?  It's just allowed Trump to just brush asside anything he doesn't like or want to answer. It's painful to watch because he just seems to be making his own rules as he goes along, HAS LIED OPENLY a BUNCH of times and just craps on good people.

I don't know, maybe I have it all wrong but someone please help me figure it all out.  I really kind of lost it when he admitted that the job was harder than he thought it was going to be. God Donald, just quit then or somebody find someone to lay him off.

I dont know but something needs to happen. He's definitely going to go down as one of the worst leaders of all time. What a crook.

Either way, he'll be gone in one term and the US population will not take voting for granted for a very long time. I imagine the next election will have a record turn out. 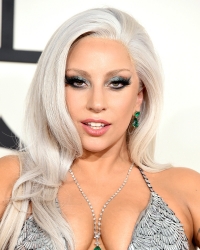 For commiting what crime exactly?

Lets not forget when Comey reopened the investigation on Clinton every Democrat was begging for his replacement (as well as CNN).

Hopefully - but maybe not probably - tomorrow.

For three hundred (and counting!) separate acts of corruption within his regime.
https://corrupt.af  Click link, scroll down, click any given article for full details.
Among them, you find there are lots of reasons to remove Beloved Leader from office...not that the West Korean government has the integrity to do so.

Simply, he's not. California lives in it's own bubble and would want the world to think what it wants is what everyone else wants. In California, there are angry antifa liberals with purple or green colored hair(color varys) or over inflated celebrities who think they know politics that have started proceedings into impeachment. There will be no impeachment, you just got to ride out the 4, possibly 8 years, if the Democrats would get there shite together.

Those are some of the random headlines they list as impeachment crimes.  Seems to me like they're just throwing the kitchen sink in there for good measure.  Haha, sorry but a lot of those articles are smoke without fire.  But you know what, there are like 300 articles, so I can't be sure.  Do a brother a favor and get the most damming articles for me, please?  And btw, a lot of those could be said of the last president.