Forums - Gaming Discussion - How Sony could counter the Switch!

I edited in Monster Hunter 3 before your post. That should obviously be on the list.
I'm talking about them because quality is also a factor, and the biggest third party franchises majorly ignored Wii. And I obviously can't compare every one of the hundreds of exclusives to each other.

When you mention Fragile Dreams, I can mention an obscure PS3 exclusive as well. Folklore. But those games did not have a future.
Yes Wii had a handful of quality third party AAA exclusives. But they were also relatively few and rarely from popular franchises.

It's doing better than the Wii U. That's the new Nintendo benchmark. 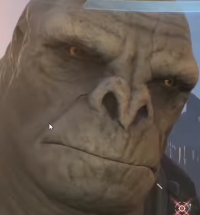 that is true but it's been in the market for just over a month so I still think it is way too early to call it a success or a failure. The XB1, for example, sold over a million at release but later sale figures massively declined.

Currently they don't make Laptops or Tablets, because they were making Windows and Android based devices no one wanted. The masses are not going to pay twice the price for a device, even if it offers twice the battery life, twice the reliability, and the best display on the market if it is running the same software.

Not sure why you think they should get out of the TV business. Sure the Android TV OS they are using is absolute garbage, but the TVs themselves are easily the best in picture quality.  The Z9D is by far the best TV I have seen, and the A1E OLED they are just rolling out is only a tick behind that. Even their lower end stuff is exceptional. They are basically at price parity with or cheaper than Samsung and LG.

I know I am probably the only one in the world that enjoys gaming this much, but I think it would be totally awesome to be able to pull into work on a day with light traffic, and have a half hour to game on a 12" display, straight from my deck. I would keep two DS4's in the car just incase I had someone along and we wanted to bust into a little local multiplayer.

I don't agree with the whole dual boot idea. Sony products should run on a Sony OS, and offer the ability to work with other OSs through a PSN connected app. The worst thing about the Bravia TVs and the Xperia Phones is the garbage Android OS that they run on. The Bravias were much better 2014 and earlier on the old Sony OS, and the Vita OS is way better than Android on Xperia, except for the fact that every app has been stripped from it.

Sony needs to bring all of their devices to the PS4 OS. Android and Windows has wrecked havok on every Sony division they have touched. Sony needs to build 100% Sony products, and bring as much outside software support in as possible, and play really nice with the other OSs. There is very little desire for Sony products running on these OSs, because it does not matter how much better your hardware is when it is restricted to an unoptimized OS. Thus Android and Windows fans have little interest in Sony products, nor Sony fans don't want watered down Sony products. Sony needs to build devices that have Hardware, Software, and the OS all engineered and optimized to the same level.

That's like setting the bar of success to something similar to beating a dwarf in a marathon.

FUN fact: Almost all of those "Wii only games" can be played on Wii U via WiiWare, Virtual console or direct ports on wii U which brings down the tally of exclusive into double digits. But if you still

TIP: Never use wikipedia as source.. e.g. PS3 list doesnt even include tons of japanese only exclusive games.

Sony doesn't need any of that xP

There are still plenty of reasons to get a PS4.

Everyone here seems to say "switch wont get a price cut first year".

Sony don't even need to acknowledge the Switch's existence.