Forums - Gaming Discussion - Who is the most money grubbing console maker in the industry?

Who is the most money grubbing in the industry?

You had to say something like "I'm right, you're wrong because I say so" if you wished to be considered.

Honestly, when someone is so negative, they're not worth my time.

Will be positive once Nintendo, Microsoft or Sony do something worth being positive about.

This thread surprised me with the amount of nintendo votes.I would say it's either Nintendo or MS. Nintendo overprices literally everything while MS started the idea of playing for online. They were going to try to make DRM a thing too before Sony saved us. A powerful MS is the most money grabbing, but when they're losing nintendo is worse

I'm with you on that one. And lately, the negativity surrounding the Switch has been really annoying. Some of it is justified, or at least presented in a manner that makes some position make sense. But most of it is based on assumptions and are nothing more than doom and gloom prophetization. It's like, can't we wait until the damn thing is out before passing judgment on its ability to succeed or fail (among other things)?

We can indeed, i'm actually hoping once I pick mine up from my local yodobashi that my opinion of it changes, but for the time being I've been mostly disappointed with what's been shown and talked about so far.

I'm hoping that user backlash will encourage Nintendo to go in with a low subscription price for its online services and/or allow any VC games added to a user's account to be played as long as the subscriptions active, as apposed to rotating free access.

I'm also hoping we'll see games bundled with custom controllers to be used for specific games, such as a yokai watch themed controller, so long as they price it right that would be awesome. 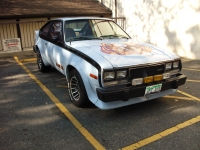 Over the years, they all could be guilty as charged. I'm sure a book could be written explaining how they have tried to grab as much of our hard earned cash as they can.

Every gamer, is nothing but a cow, ready to be milked.

I agree. It's hard to predict a lot of things. I still remember everyone on gamespot making fun of wii for a number of reasons, including its name. A month or two will give us a better idea of how it will perform.

There's an issue with your last statement. I've never said anything that made Nintendo look good in this thread. I've just stated what I've thought looks to be the worst, and to me, that seems like Sony. Nintendo has done some questionable things, more so with the Switch and its high prices, but Sony still looks like the company asking the the most to get the best experiences from them.