Although some might not believe me, I bought a PS4 yesterday (or better, my wife bought me). 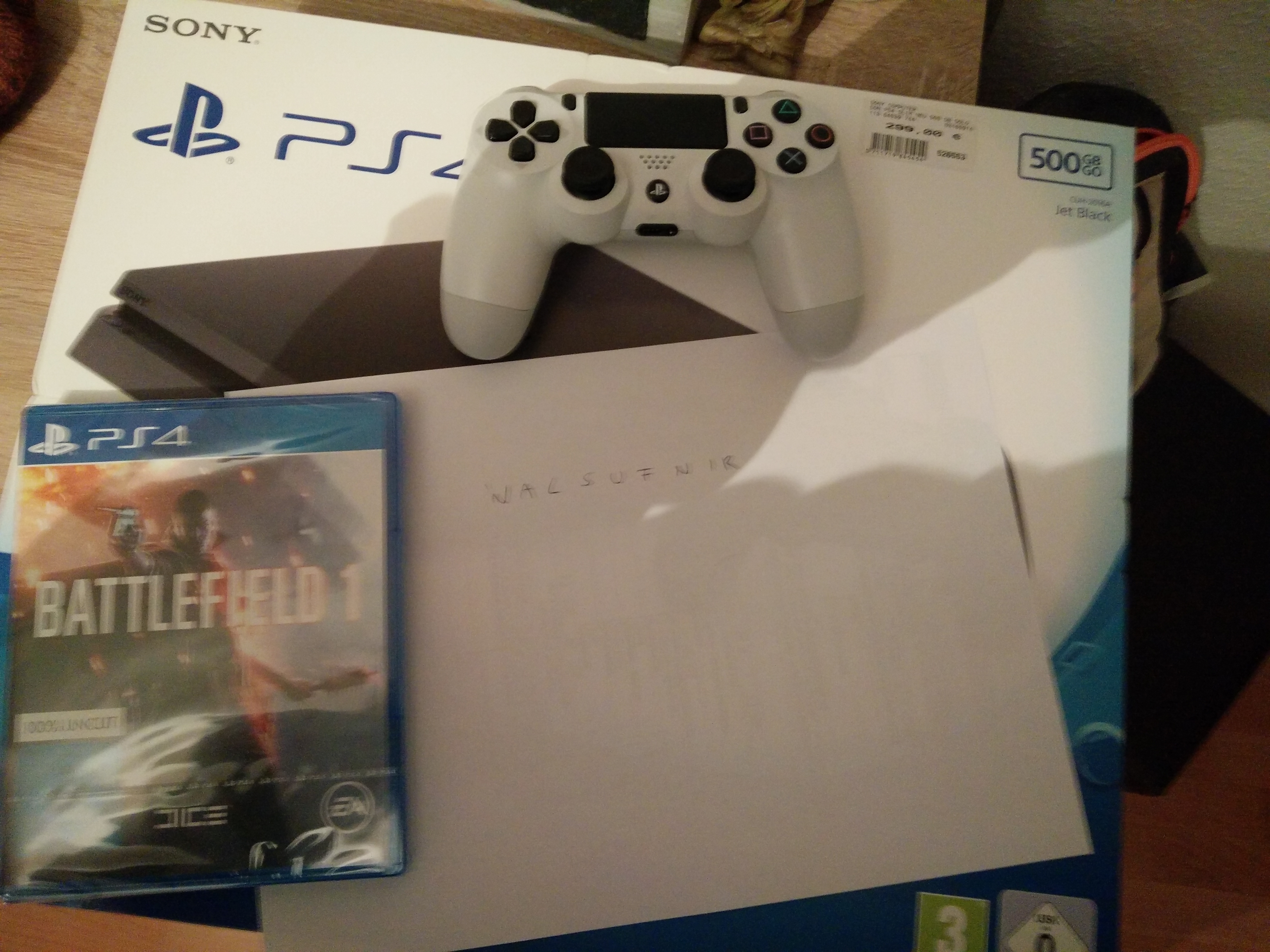 for 299€ which was too good of a deal. The reason we went with PS4 was that it was cheaper than the bone deals and there a "sing and dance"-games my girlfriend likes.

I made a fake account before to try out PSNow and tried to use that account on the PS4 and then had to realize you can't change your region for a PSN account o.O

So I had to do a second one and had to delete the old one from the PS4 and alltogether this wasn't just straight forward as I hoped it would be.

After inserting the Battlefield disc, the system got very loud when I tried to play the game. I could play the intro where one after the other just dies and the system was still quite loud so I guess it was still installing (I hope so).

I didn't have much time because it was alreay late in the evening but I also could see that PSN speed was actually quite good (had the system wired to the router because I heard of the shitty wifi the PS4 has...). Close to 40 mbit went through which is ok - I have 60 mbit uplink currently.

The controller seems ok, I don't think it feels cheap but I see why I preferred the Xbox controllers all the years. I think I will get used to it in the near future.

It also needs more stability like the old system - when I push on the rigt end of the console, it wobbles a lot but usually you don't do that to your console. I was just surprised that this is still an issue with the console.

Overall I think I'll get used to it, the interface is also something that didn't really get me convinced but it seems it works ok for most people.

Anyway, looking forward to play some more games on the system but I think I'll stay out of PS+ because I don't have time to play online anyways.

And thanks god they finally have a 2-way verification for PSN - this was what I immediately configured!

Get until dawn you and your wife will have a good time.

Oh yes, I told her about the game. I also look forward to Resident Evil 7 and hope this will be a real thrill!

Great i guess. would have waited for pro around the corner though.

Ehh, it'll play all the same games and he got a great deal on it. Plus, if it's not going to be his main platform who cares?