The developer behind The Order: 1886 has suggested that the IP isn't dead and still has legs. Could we see a sequel in the not-too-distant future?

The developer behind the PlayStation 4-exclusive The Order: 1886 has hinted that a sequel to the steampunk action-adventure title may be possible despite the game’s disappointing critical and commercial success.

Speaking during a chat with Game Informer, the studio’s Creative Director, Ru Weerasuriya, made it clear that the IP has a future and that The Order: 1886 was designed with future titles in mind. However, it stopped short of outright confirming that a follow-up is in development.

“The best way to answer that without giving anything… how can I say this… Is there a future? Yes,” he said. “That IP has a future. It’s definitely built in that IP. That future is already something that was built from the very get go, from the first day we started working on it. As you know, since you played the game and for the ones who played out there… there is a larger storyline. There is a macro story that keeps going, it’s an IP that is actually bigger than the storylines that we have created. So there are legs to this IP, definitely.”

The Order: 1886 was released in February 2015 and was one of the earliest PS4-exclusive titles to drum up hype for Sony’s flagship home console. Despite its stunning visuals and intriguing storyline---the game is set in an alternate timeline in Victorian London where technology has progressed far beyond expectations---The Order failed to deliver on its gameplay, which was criticised for being overly formulaic and linear.

I would love a sequel but lol at it having a future.

Maybe if they used the uc4 engine

Yes, I want a sequel. The first game is short, but it was fun and entertaining. 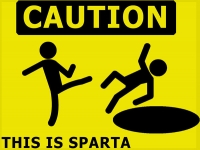 I want it but it will not happen. They'd be stupid to make it. The Internet laughter at a part 2 would be deafening.

It felt like Deformers is something they are doing to get more practice on multiplayer.
Hopefully, if there´s a sequel, they can make the game a little more open like Uncharted 4.
I don´t care about multiplayer.

Normally, I don't mind cheaper "less that quality" games at $20.  But I did hear that the AI was horrible.  You're mainly playing for the storyline a graphics it appears.

I'm probably one of the few that really enjoyed this game and would love for a sequel. The story has great potential.

If they had a chance to do a sequel I'm sure it would turn out amazing with all the feedback they've been getting. Pretty much it was just short and very linear. But the graphics, controls, storyline and characters were all amazing to me.

Shouldn't they first finish the first game before they start a sequel? 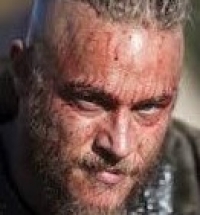 Would love a sequel, quite enjoyed the first.