Disappointment, so much disappointment... Ash literally had every reason possible to win this, the way the story was written it would make no sense for him not to win, but alas, the writers are master trolls. Well to them I say good job, you probably lost a ton of good will and viewers.

A whopping 20 years later and as you can see Ash still hasn't won a league, never obtaining the right to even challenge the Elite 4. I had accepted that he never would, Ash will just forever be known as an idiot loser... or so I thought until I watched the XY series where he actually acts as someone with his experience should, competent skillful and strategic. I was not only enjoying watching him for the first time in years, but it's also gotten me excited about the possibility of him winning the league.

The likeliness only increased as time went on with Ash actually being ahead of his rivals instead of behind, the Ash-Greninja form making him OP, his team being fully evolved for the first time ever, actually holding his own and nearly winning against the Champion, and just recently reaching Top 4 in the League (the farthest he's ever gone) easily and with only 5 Pokemon at the time. They didn't even fully show his battles up to this point since I guess it wouldn't be that interesting watching him 1-shot everyone hehe.

Then the magazine gave us episode titles (link: http://bulbapedia.bulbagarden.net/wiki/List_of_XY_series_episodes ), and while it was already pretty obvious, it 100% confirms that Ash will win his Top 4 match and make it to the finals. He's already made history getting to the Top 2, but with just one moar win, he can make real history, finally winning a Pokemon League! This would truely cement XY as the best Pokemon anime generation, all the fans would be happy, and it would be such a great moment for the 20th Anniversary!

Might be setting myself up for massive disappointment, but logic and my fanboyism wont allow me to believe any possibility that doesn't involve Ash winning! What do yal think, will history be made?

Incase there's anyone who doesn't believe the episode titles, well it's now official after what was probably one of if not the greatest battle in the history of the anime! The animation, the intensity, the strategy, the power, everything was on point! I've never ever gotten hyped up while watching this show before, it was just so good! See for yourselves!

Also, it's pretty much confirmed that the battle with Alain will come down to their last Pokemon since it's spread between two episodes, so no Tobias style wipe! Additionally this means the question now is just whether or not Ash-Greninja can defeat Mega Charizard X, that's all that stands in the way of Ash winning the league now! Of course, I'm confident Ash-Greninja will win, it's simply too hype! Plus, they showed that Ash-Greninja will be getting an even more OP Rasenshuriken, yep the one you saw in this episode, it isn't even his final attack!

No. That's what makes ash, ash. The same way Goku always has someone stronger than him to keep interest. Ash's ultimate goal, besides to catch em all, is to beat a league. If he beats it...then what? :O

No, because he is a terrible terrible trainer. Without friends he wouldn't even have a single badge right now after 20 years.

This guy knows what's up. Generally speaking, in all animes/TV shows that are meant to last forever (because they print money), they will never achieve that ultimate goal, because.... that's the end.

He would've won the sinnoh one if it weren't for that trainer with the Darkrai and Latios...
but no he won't win, they need to keep his journey going for ever. #Forever10

He will lose this current league in the top 8.

Ash can never win until it is finally time for Pokemon to retire. Which will literally be never, so prepare for Ash to lose in the Onomatopoeia League 50 years from now. 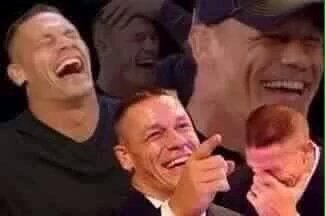 Or ... they make him win and end this anime, then they announce a new Pokémon anime based on the manga Pokémon Adventures.

In the current XY series he's actually very good. Got all his Kalos badges on his first try except the first and last ones.

Again League victory is not ultimate goal. Even if Ash not only wins the League but also beats the Elite 4 and Champion, he still wouldn't be a Pokemon Master, and there's nothing stopping him from going to Alola. He could just give the Champion title back.

That's actually another good point, all Ash's league losses were to trainers who came out of nowhere (except Unova but that's another level of stupid). This time his main opponent's were already established prior to League, namely Alain who Ash already battled twice but didn't beat, so it'd be very fitting for him to finally defeat him here.

They can have him win and still do that.

Sheesh why does everyone think winning League (not even Elite 4 or Champion) means his journey has to end? I don't see any correlation there.