Because its huge hype is better served as NX momentum.

Look at this Polygon vid:

Can you feel the power? It is called a Phenomenom. Supposedly something of this magnitude haven't happened at E3 since the Wii. Why waste this hype on a struggling late console that even one of it's top devs admitted didn't worked as they hoped? Sacrifice the WiiU for the better of the NX.

Edit1: Consumer confidence might be hurt a bit... but not really. This game's hype is way bigger than the resulting dissapointment from delaying the WiiU version or even cancelling it.

No it doesn't, nobody is gonna buy a wiiu for this game when NX is already out.

Vgchartz direct videos do not work. Need the link as well for mobile to view this video.

I think they still need to mitigate the damage the Wii U caused. Wii U first or a dual launch.

Nothing builds confidence in buying a new console than screwing over owners.

That is a sure way to shit on your fans. Anybody who isnt your fan is going to buy the NX for it anyway, so basically this only forces your fans to wait for a game longer than they were expecting to or buy the new platform before they are ready. 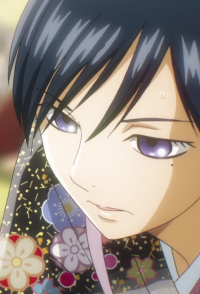 I disagree, they should release the WiiU version when it's done. Then later on release a much more polished version along side the NX.

I can't wait any longer for this game :(

Dual release:
- The hardcore fans will buy NX day one and get Zelda
- Others will buy the Wii U copy and grab an NX later at holiday 2017 or 2018 and buy the NX version essentially double dipping.

Most die hard WiiU fans claim they are satisfied with the WiiU as it is...

Also, it didn't hurt the Wii.

Disagree, I think Zelda should have released first for Wii U this holiday season and obviously as a launch for NX later on. A high percentage of the Wii U userbase would have gobbled it up, especially at the holidays, and when the new hardware rolls out sometime later new adopters will bite and Wii U owners that upgrade would probably double dip.