The United States' imperial fascism makes me sad... I vote for neither.

Feel free to check out my stream on twitch 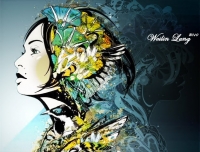 Trump, because Clinton wants to continue Obama's policies, and his policies made the quality of living in my state worse.

Sanders would have been a total disaster. I'm glad he'll lose to Clinton.

1. You hit rock bottom with Clinton either way ...

2 & 3. Both Clinton and Sanders are far away from being the best for office ...

4. People complain about Trump for starting trade wars but they don't point that out for Sanders or his unrealistic spending program that'll bankrupt everyone ...

5. How so ? The establishment hates him and he self funds his campaign compared to Clinton feeding off from the hands of her masters LOL ...

6. It's funny how you avert your eyes from the fact that the debt ceiling raised more often under the Democratic Party's watch in congress ...

7. Who cares about best strategic choice against Trump when the #NeverTrump camp is voiding their own integrity in the end ...

Trump existing is not an excuse for them to not match their beliefs by picking Clinton when she's very far away from them idelogically speaking compared to Gary Johnson ...

I like a lot of Bernie Sanders' points about college being basically a money sucking scam designed to throw young people into massive debt, the need for campaign finance reform, not accepting money from corrupt foreign governments like Saudi, a general need for more compassion and understanding and all that. He's by far the most likable of all the candidates too.

That said ... I think his economic plan would've thrown the country into monstrous debt.

As such I think Clinton is the most sane choice, even if she isn't the most likable personality. Her economic plan is the most sane, it's the only of the three that was studied that wouldn't throw the country into monstrous debt. Trump's plan was basically the same ol', same ol' of giving even more tax cuts to super-rich individuals and hope they re-invest in middle class peons (yeah right).

Trump is too much of an ego-centric buffoon, perhaps an entertaining one sometimes, but if I want entertainment I'll watch his reality TV show, I don't need that in the White House.

Clinton might be that more of a prude-ass type A personality that always pissed you off in school because she always got straight As and was a suck up to teacher, but bottom line is that's also the type of personality I feel confident in being able to do the job. Having 8 years of experience as First Lady also is a huge difference maker I think, she's prepared for the job day 1, she's not going to need 6-12 months to figure things out.

Well, there is something with which we can both agree.

In the words of Thomas Jefferson, US President and author of the Declaration of Independence:

"No Freedom Without Education"

Then you really don't understand the US Government.  The US could cut military spending by half, and would still be spending more than the next 4 countries combined.  Plus we could give everyone free health care, free college, and still have billions left over. 1. Not when Trump is in the race.
2&3. And both are way better than Trump.
4. Going by his proposals, Trump would be even worse.
5. Trump is one of the "masters" who feeds politicians---by his own admission. Cutting out the middleman would remove the only potential buffer between corporate interests and public interests.  Again, Hillary is the better choice by the measuring sticks you're providing.
6. It's funny how you avert your eyes to how much worse things would be under Trump.
7. Those who actually care about America.  Trump is the worst choice in every category.

Trump existing is a perfect reason.  A vote for Clinton is less a violation of one's integrity than a vote that doesn't impede Trump.  You said you couldn't comprehend how a Bernie supporter could vouch for Clinton----Trump is the reason.  He's the worst candidate to ever run in an American election.  You can list every one of Hillary's flaws, detail every bad decision she could make in office and she's still the obvious choice when the alternative is Trump.

I've read over half of it and haven't found anything that changes my opinion that he's the best candidate - to the contrary, he only gained extra points in my eyes. He was born in Canada? Oh please. At least this time it's on your continent. He's religious? Good. He's bad for women? No, he's bad for feminists - and that's yet another point for Mr. Cruz. There aren't many things I enjoy more than watching Milo Yiannopoulos destroy and humiliate them

Climate change? We know it's bullshit. It's nice to care about the climate and USA could start to control itself a bit more, but going overboard (like we're doing it in Europe) is even more stupid.

So yeah, can't see anything that puts me off.

But the bottom line is, he's the only guy who puts it straight, that Putin is a threat to Europe and that USA can't leave Europe alone, cause the German-Russia duo are starting to stir shit up over here again. And unfortunately, that is the bloody truth. When I hear Clinton talking pro-Russian bullshit, saying they'll lift the sanctions, take troops from here or on other ocasions they are straight up attacking and insulting my country - the only country in whole Europe that actually wants to be your allies - all this makes me think that she has absolutely no idea about what's going on in Europe and should she win, it can get really ugly really fast.

@Military spendings - I know all that. But are you aware that you spend this money... In USA, right? So this money helps finance American companies, research, science, etc. How many people would lose jobs? Quite a lot I think. And your position in the world would start to deteriorate, which would hit your trade and economy as well. I mean, you've got China on the rise, challenging you everywhere, going back now is the stupidest thing you could do. Your fleet is the only thing that keeps you where you are.

I don't trust either of them!! So I may cast my vote for Gary Johnson, the nominee for the Libertarian party. I know it may be a wasted vote, since he doesn't have a chance of winning, but at least I will be able to say that I was able to have my voice heard!

You're being very intelectually dishonest here. Yes, US spends more than other countries when you count the amount of money, but when it comes to the percentage of the actual GDP being spent on the defense, USA is nowhere near the first place. This amount only seems big because US's  GDP is so much bigger compared to other countries

Furthermore, even if the US cuts the military spending COMPLETLEY, as in, they dont spend a single dolar on it, they still wont be abel to pay for Communist Bernie's bullshit ''free'' (spoiler:even then it wont really be free) college