Yes, it's kind of ludicrous and utterly incredible but Minecraft has now sold more than 106,859,714 copies. That's a whopping 53,000 copies sold a day in 2016 alone. To celebrate the occasion, Mojang has released an infographic of different ways to show very high numbers.

For instance, did you know that if the number of people that owned Minecraft all lived in one country that it would be 12th most populous in the world behind Russia, Japan and Japan? Or that four copies have made their way to Antartica? Or that if everyone who played Minecraft on an average month - 40 million people - were to join hands, they could circle the Earth one and a half times? This and more in the blocky image below. This is how Minecraft took over the world. And look how happy it's made everyone. 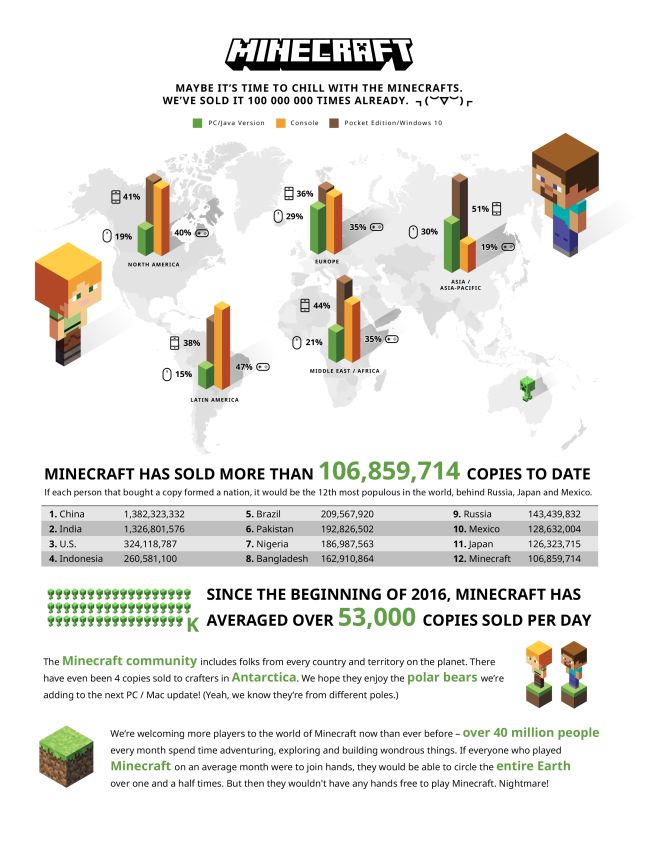 Dam, and those are like actually all bought copies and not those "bundled" sale?

Bundled sale?  So far Minecraft is the only game that never got on sale on PSN/XBLA/PC except for the beginning when it was free and downloaded 10k...But that is nothing compared to now. Really didn't understand that MS never had a bundle with xbox 360/Xone or other consoles a themed cheap one could be popular.

Going by their numbers that's

or about 114 million in game sales this year alone. Merchandising is probably another 100 million a year by now, so they make about 370 million a year. Of which 90 % will be pure profit. That is insane. At this rate the two billion they paid for will be recouped by 2021. And that's not even including potential movies or a successor.

Yea I wasn't sure if this game was ever bundled, it just seems like it might have but I can't confirm.  But anyways, those are some serious crazy numbers.  Not even sure this game needs a sequel when it still sells so strongly.

Don't think it ever will get a sequel, the game get updated all the time, last months it had the combat update that changes a lot.

I am playing the snapshots (previews) and I am kind of amazed how they keep on adding stuff including polar bears: 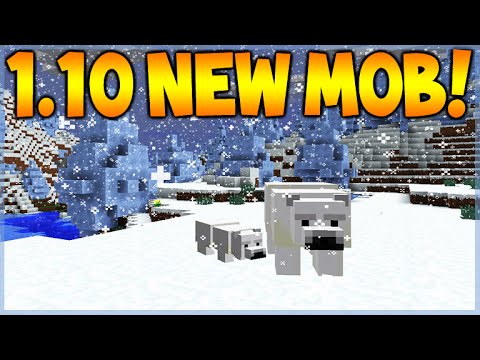 Notch really nailed it with this game.

I don't really get it - but others clearly do.

Shame that mobile and console versions are so much higher than the PC game. PC Minecraft, even when you're playing on a potato, is 1000x better than console and mobile minecraft. Anywho, insane sales. Weow.

How did they calculate that? Is their any information about which continent got how many sales percentual? Otherwise I'm not sure how they want to know the real WW numbers between the different platforms.