They should have had insomnia games make Starfox Zero, cause it still didn't come out impressive, and still didn't look like a complete game. Didn't even look like the finished development on it.

Oh god! Can you all please be less obvious? I get it, You don't want to try this game, you hope this game fails to send a stupid message, because you don't like motion controls.

Is there any actual Star Fox fan here? Or it is just the motion control hating band wagon?

i'd like to play it since star 64 was so fun but im not paying 80 bucks for it. I'll buy it on discount used on kjijijiji

If  only they could make another decent Star Fox game before killing the franchise..

They didn't stop making star fox games after adventures on Gamecube. But it will take another 2 generations. 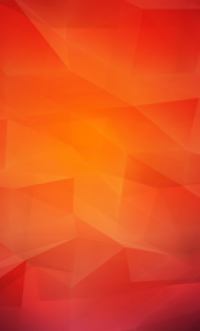 Who is this ZhugeEX that he thinks he can speak for Nintendo???

Edit: I don't understand why people always believe what random people say on the internet :/

I have a hard time imagining how a good Star Fox game could be made for mobile, so any reason you come up with to make one doesn't count for much.

I don't think there's a reason to worry about investors. Nintendo itself has the controlling stake in the company, plus in the recent past when they posted losses, investors were asking for mobile games and Nintendo didn't budge for the reason that they wouldn't do it if it threatened their core business. I can't think of a single instance where Nintendo acted upon investor input, meaning that they did something that they wouldn't have done otherwise.

I think the game was unfair reviewed by western reviewers in Metacritic, there are countless indie games who are overpriced and boring but get 90+ on metacritic.
However i do think Nintendo should rather focus more on mature IPs like Fatal Frame in the future which could bring fresh air for their systems.

I fucking loved the original Star Fox.  I played through that game a hundred times back on the SNES.  Star Fox will always be one of my favorite series.

That being said . . . what I played at E3 last year wasn't impressive graphically, and the controls were just okay.  However, when it got to the part where I had to fly while watching the tv and aim while watching the tablet, it became a complete clusterfuck.  I haven't played anything beyond that one demo level, but what I saw made the game look like a giant bomb waiting to happen.

I love Star Fox, and I would love to see another great game emerge from the series, but this wasn't it.  Fans can both love and hate the work of the franchises they adore.  If we just say everything that we're given is gold, then how are the developers going to learn what does and doesn't work for their audience?

There are countless indie games that are priced far lower than starfox zero. Reviews definitely take that into account