It's project Milo the Mirror!

If there was Tearaway 2, this thing would be awesome in the game. :)

This could make for some really cool (and creepy) art installations.

I wonder if it could read 'Salty' and 'Butt Hurt'.

"Imagine on the monitor of the mirror, you're able to play an advertisement. And you have a camera that can snap a photo of the users that are viewing the advertisement," he said.

The mirror's facial-recognition features could then provide real-time information to advertisers on how viewers reacted to the advertisement, he added.


Wasn't that a rumored plan for Kinect 2.0 at some point, collecting reactions to advertisement.
Yup it was, I guess now it's in a mirror http://kotaku.com/xbox-ones-top-marketer-brags-to-advertisers-about-kine-1441807229

Mehdi, at the Association of National Advertisters' Masters of Marketing Conference, in Phoenix yesterday, said Microsoft can see whether people are paying attention to ads and evaluate how their bodies respond to them, according to a marketer who attended but asked that his name not be used in AdAge's report.

"It could have a big impact on pricing," he added. AdAge agrees: "If even a fraction of likely Xbox One users could be persuaded to share data, the technology could create the world's largest panel for measuring biometric responses to advertising." 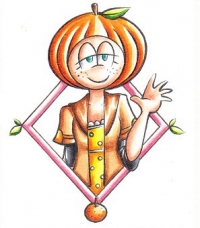 I would be more receptive to that. If they put the tech in a game peripheral or something, that'd be alright. I just think putting it in a mirror is intrusive as well as pointless.

intrusive because it takes a picture of you and gives feedback to people. Mirrors are used for personal things a good amount of the time, no need to take my picture while using one.

Pointless because everyone has a smart phone on them these days. I don't need a mirror to tell me the weather. I also don't need one to tell me how I'm feeling..

this is exactly what i was thinking.  is the same creepy ass technology no one wanted in a console.  advertisers need to get the fuck out of my personal life. I would assume this could monitor someone with depression or PNLM to alert someone or something?

There are so many ways I would use this in a game. I hope it works on the Xbox One's Kinect.