Forums - Gaming Discussion - With PS4K, Does The PS4 Have Any Exclusives?

He's right. It's a new console. 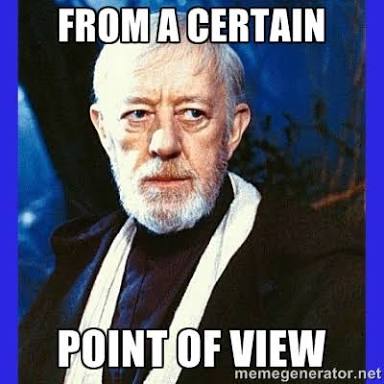 You are just fighting a fight you can't win, just stop.

A PS4 wouldn't play PS5 games, that's a generation/console change. What you are giving as an example is backwards compatibility.

PS4/PS4K play the same games, with even the same disc if you are going physical, all of them, both ways. (as in the rumors, 'cause it doesn't even exist right now)

Does XBO play every single game existent on PC? Or PC games does the same on XBO? A XBO disc would run automatically on windows 10 with me putting the disc on it? Or a PC game would run on the XBO?

You are failing very bad with your flaming attempt here, very bad.

For users who still dont get what im saying its like this.
Sony has released the baseline PS4 if you want a more powerful one you buy the PS4k.

One way or the other its still both company's releasing their own games on their own platforms.

No one thinks about these things seriously and the Neo only becomes another reason to get a PS4 over the Xbox One. Sometimes it seems like the folks on gaming forums have no idea how real consumers actually think.

The mass market looks at this like a new iPhone regardless of how we want to play it.

It's like BraLoD said, no PS4's will be able to play any PS5 games so your comparison is flawed ...

BTW your further reaching by claiming that Windows 10 PCs will be able to play Xbox One game discs doesn't help your point ...

I think your failing very bad at trying to twist this into something positive for anyone who had a problem with MS releasing their games on their own Windows 10 store.

Also even if i cant use "The Disc" if i buy QB on Xb1 i also own it on my windows 10 PC so yes i dont have to buy 2 copies of the same game.

Also who is to say the will be a PS5? even Sony is not so sure. And do you really think the PS4k at least wont be playing alot of the PS5 games??. Funny then how even with completly different hardware the PS3 was still playing many of the same multiplats as the PS4....

That is a better title lol xD.

Are you so sure about that?. Why then is so many PS4 games playable on the PS3??

You was the one talking about the PS5 dude... Are you even reading what you are writing?

I'm twisting nothing, no worries, it's just you trying to pull a funny one on people to flame them with a nonsensical comparision.

Don't blame me for your thread. That's absurd.