Ok people. NX is happening. The only two things left to determine are date and if it is a console or handheld. Personally, I think the overwhelmingly logical prediction would be console (the 3ds is still making the moneyz and could have another year or two due to N3ds). If, hypothetically, all three of the consoles launch with similar specs, in similar time frames, and if they all get equal third party support (crossing fingers for the NX here), then which device sells the best?

Is it Nintendo because they have uncontested the best first party software of any company?

Is it Sony because the PS4 has dominated so much since launch that people just trust it to be the way forward?

Or is it Microsoft (if the xbox1.5 happens, I know Spencer said it won't but things change) that relaunches and excites old 360 people enough to stop their ps4 betrayal and return to the halo company?

Just between the sales of these three devices (their current ones don't count), which will sell better if they all exist and launch close to one another?

Nothing is stopping PS4K (if its real and not an idiotic device). PS4 sales (overall) will still dominate.

They have too much software coming in their favour.

It would be a close fight between the PS4K and the NX. The NX is effectively a new system, against a console that has already sold 40+ m units. But that PS4k will still have the PS4 name so it will sell great. The deciding point will be whatever the NX ends up being, the PS4K is just an upgraded PS4.The XBonetwice has it really difficult due to everyone going to PS and Microsoft's push for PC.

But the PS4 (regular PS4 + PS4K) will still keep the lead, it has too much force now.

My guess, just from seeing how things played out? Sony still wins.

If the NX is what I say it is, NX easily.

And what is that? 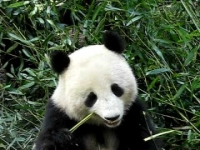 Nintendo consoles are just not THAT popular since the SNES. If you are trying to combine handheld sales with console, the lines get too blurry.

I can't see the PS4K outselling the NX unless Nintendo pulls another Wii U, however, combined sales of PS4 iterations will probably outsell NX.

Sonys game library is starting to come in strength now.
There are alot of 1st,2nd,3rd party games that probably wont come to Xb1 or NX.
Also "my friend is on a PS4" , you go buy a PS4 to play with them.

I dont think once PS4k comes PS4 will suddenly start doing bad, its going to keep rideing the PS4 wave of success.

If nintendo does a really good hardware design for their console, and it gets 3rd party support, and ends up being more powerfull than the Xbox One.

AND there isnt a Xbox 1.5, then Nintendo might start selling more than Xbox.