The non game stuff... like virtual concerts, vr livestreams from 3d cams, VR movies, ect all that needs to end up on PC via PSVR.

It's not a dick move, it's potentially giving PC gamers a cheaper option if they eventually do it. If they don't, so what, PC gamers have quite a few other options.

Yes, that's also a possibility, having bought a PSVR might interest people to also buy a PS4 to play more games with it, as PS 1st party titles won't come to PC.

But I still believe building the beginning of it as a PS4 exclusive is a good idea, it's a fresh new exclusive thing to make people have more reasons to buy a PS4. Aftet a while it's wise to open it to PC as well.

Eh I was kinda all over the place in that, agreed.  I think focusing on the PS4's VR experience is in their best interest.  However, I don't think releasing adriver set for PC impacts their PS4 sales much (if at all).  Granted I'm just guessing here so take with a grain of salt.  But, I think they'd be missing out on more PSVR sales, than they would be gaining PS4 owners.  If that makes sense.

But, I think saying this, and then intentionally holding the PC drivers back to try and force people who don't want a PS4, to buy one, is a dick move, yes.  But, it's their platform, they can do what they want.  I just think it's more consumer fiendly to open a display peripheral up to the wider audience.  Imo.

Although, I agree that PSVR on PC would be the most optimal (b/c of how niche markets perform) but unlikely, I disagree that it would be percieved as a 'dick move' by many. On the contrary, it adds utility to the headset after purchase.

Even in the case where you buy the PS4 for solely the VR Headset, you have 2 VR capable platforms with one headset and you could sell the PS4 if you really didn't want it. And the PS4 doesn't become useless once you don't need it with the VR, as opposed to other forced bundles. (ergo Kinect)

Yes, I agree in the long run it wouldn't hurt PS4 sales but Sony will want (or hope) PSVR eventually becomes another reason to own a PS4. It's exactly the same situation MS find themselves in with Window 10 games and the dwindling XB1 exclusives list. Perception is everything and Sony will want the two pieces of hardware tied together for a good while. And they're not 'forcing' anyone to buy a PS4, they're offering a cheaper alternative.

I guess I'm thinking mainly from a researcher/science/medical standpoint, I'm not really concerned w/ enthusiast PC Gamers (even though I myself am one).  People who're on a budget kinda thing.

Though, I also don't see how likely it is you're going to have a large volume of people who are looking for a budget VR solution for their PC, and are instead going to spend double the cost of the headset.   But, I could be wrong, wouldn't be the first time. 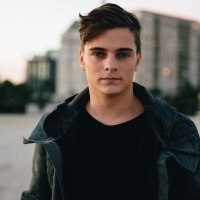 You can already do that for 20$ on your phone.

There are tons of other cheaper headsets besides Oculus Rift and HTC Vive.

That depends entirely.  For a smart consumer, their PC could be at a VR ready level, simply by smart upgrading over time.  But, spending $800, when it only has to be $400...isn't exactly cheaper.  You know?  I mean, if that's the case, may as well just save up a little more and buy the OR.

Either way, I do hope they release PC Drivers sooner than later.  :)