Nice update to Crowfall. Classes are no longer locked to races and the visuals have gotten a complete overhaul!

...then some messy PvP on Ranger (stealth/traps):

...and finally some sieges & voxel destruction:

PS last video is blocked in some countries, what is happening is - catapults firing, walls crumbling down and player is basically just fooling around =)

Hoping this game turns out well. 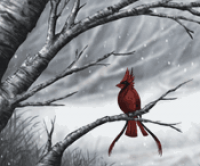 The studio just released the version 5.3 on the test server. The testers can now test the new class / race combinations.

They just got $6M extra funding, making it $20 million total...and counting! But beware, the game is still in early (alpha) tests, actually it's not really a game yet.


PS Here's another player made video, Templar played by a crazy Russian:

The team behind Crowfall is still working hard to deliver the final milestone of the game.