The company tweeted this evening

So a priest and a nun walk into a game...

The main characters of Trails in the Sky the Third are Kevin Graham, a priest, and Ries Argent, a nun (both pictured).

I'm waiting for them to launch this game before getting the other two, as I don't like playing games that end with a cliffhanger. 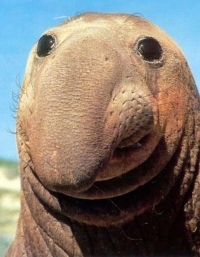 I'll start playing them if this one gets localized.

From what I heard FC and SC have connecting stories while TC/third is like a spinoff.

Really? I heard the story was a trilogy :-/

Oh god... at this point it would be better if they just localised the Vita remake instead.

And above, XSEED did state that the 3rd game is a spin-off. The main story of that arc ends with chapter 2.

To quote Guruda from Gamefaqs.

"The 3rd is something of an odd game because SC wrapped up the major plotlines raised in the first two games. As a result, when Falcom announced a third game some fans dismissed it as a fan disc or filler. In a sense, it's sort of true. The focus of The 3rd shifts to a different character from the previous two games and its story is largely self-contained. At the same time, it includes the entire playable cast of the previous games (plus more), massively develops the characters and the world and sets up elements for the Crossbell arc and games beyond. Without it, understanding everything that goes on in the Crossbell games is impossible as multiple crucial plot points and characters are introduced in it. It may not quite be a proper sequel to SC but it's not mere 'filler' at all."

So you don't need to play the 3rd for FC and SC as they did finish up the story of those two games but you will need to if you plan on playing the Crossbell Arc (AO and Zero) when and if their ever localized. As a fan of the overall series though, I am very exicted if this turns out to be a tease by Xseed!

Thank you for posting that quote.

Now I no longer have excuses to not try the first one (well, besides the huge backlog, ofc).

The heroine's story is pretty much finished after part two, as is the main villain. There are still a few loose ends left which I expect get wrapped up here, but it's fair to say that the story was complete after the second game.

Edit: Whose got two thumbs and is way late? This guy!