Uncharted 4 Delayed to May 10

Or the countless other gameplay demos and multiplayer beta . . .

Your right! Manufacturing has become instant with the invention of the computer! What a golden age of instant production we live in!

This.  And good news for me.  It was really bugging me,  having 2 games I'd pre ordered release so close together.

Good thing Sony fans still got a good handful of games to play, including Dark Souls III and Ratchet & Clank.

I mean when you're almost releasing your two big 2016 titles in the same month as Dark Souls you're not doing great with timing. No, I'm not counting The Last Guardian yet, it's not gonna be for real until the week it comes out - and by this point I think it will probably fall by the wayside with how long people have waited and how casual the PS4 market will be by that point.

And now you're delaying into the sake week as Doom, and the same month as Mirror's Edge, so you risk loosing some sales to the niche. They're certainly doing better than 2009-2013 garbage tier Sony with launches but they could try not to risk killing launch windows when they delay their games three times.

For reference, I speak from experience and love when I call 2009-2013 Sony garbage in regards to launching games correctly. I've lived through them killing several games just because they didn't want to put the effort into a correct launch, and we've seen the outcome (dropping the price just to hope games fit into a small jigsaw spot). I'm just glad I can enjoy Uncharted 4 like  I wanted to without it having a good chance of killing my favorite franchise. 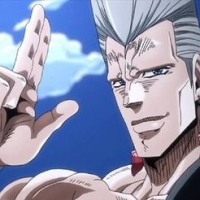 Another delay? Damn! Still, I know they are working hard on the game and due to that the game will be incredible, but the wait is killing me.

Totally suits me! And R&C saved!

regardless of your sarcasm, this is an absurd reason for a delay. Digital Copies are "Instant" and "infinite", mass produced physical copies require a couple seconds?

Fixing "bugs" or we want a "better release schedule" are more legit excuses.

Okay, lets go through the logic here. It is not uncommon for a game to get delayed because the developer needs more time to polish. In fact, I think it's safe to say that a pretty good chunk of gamers are happy when a developer does that since it likely means they game won't be broken when it launches. So, if that were the case, why would they lie about it?

Actually lets even say that isn't the case, and they don't want to say why the game has been delayed again. Why make up such an odd reason? As I said, debugging is such an obvious answer that people would barely bat an eye if they had come out and said that.

Also, lets not pretend that the entire process from digital file to physical product in a customers hands is just the time it takes to litteraly print the disc. The company that makes the discs is going to need to have more of them on hand, more cases need to be made, more cover art and guides, they need to be packaged, and then shipped all over the world to retailers. So no, it's not "a couple seconds".