Forums - Nintendo Discussion - Do we (customer) really want Zelda Wii U on NX?

Do YOU want Zelda Wii U being on NX 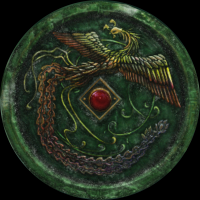 If Zelda U won't be released on Wii U bye bye Nintendo, but i don't care about a port of the U version to NX. The question is why wouldn't you?

Unless you have no intention on getting an NX.. waiting for a several months more for the Wii U version is not the end of the world. Launching the game on a new platform will bring in more sales and (new) interest in the series thus making the long development cycle for the game more worthwile.

Also, I intend on getting on Nintendo's next console so I get to play the better version of the game as well :P Assuming Zelda U is actually coming out on the NX of course.

I know sooo many people that would love to play mario kart on pc, ps4 or xbox.

Something like Dolphin emulator just prooves how many people want to play nintendo games.

All did better on wii u compared to Windwaker on GC.

The thing is, people want NX to be a gamecube 2. A tradional gaming console with high power as direct competition to ps4&xbox one. That would be the only reason to bring zelda to nx. Such a console will fail. Like the gamcube failed. Zelda wont help anything. The Wii U had much more popular games then any zelda (if you compare attachment rate) and failed horrible nontheless.

Nintendo Land was bundled with every second Wii U console, NSMBU also had great number of bundles, Mario Maker didnt sell better than WW. Zelda was never seller like Mario, Mario Kart or Smash and now Splatoon game that have huge mass appealing, so fact that those game sold better than WW doesn't mean that WW didnt do that well.

Wii U had multiply reasons why failed, one of those reasons was very weak launch titles and software drouth, Zelda U port for NX will be very strong launch title especially in combination with probably new 3D Mario game.

Again, with Zelda U port on NX Nintendo will have very strong launch title and they will sell several millions of copies of that game on NX alone. Only thing you can say is "Wii U will not have exclusive Zelda game", but nobody cares about that because that don't change anything, Wii U owners will still get game, fact that isnt exclusive dont change nothing espacily in era where evre second game have some kind of a port or reamaster.

it doesnt care of the games are on launch or not. Wii U got all those games, didnt helped. The sales never significant increased.

Do you have numbers for how many people use the Dolphin emulator?

NX only makes more sense to me than WiiU only.

Of course. There are Nintendo fans who would love to play Zelda U, but aren't going to buy a WiiU because it's esentially a dead console.