When the Saber was calling her she felt it. She didn't want to believe it though and tried to run away. It's been a long time since the Emperor fell. There have been stories told you know. Probably embellished and people who weren't there during actually saying they were. You don't know whether she's heard stories about the Force mind controlling. I say when she was fighting him back during their interrogation she realized it was true and also what she was able to do. Not to Ren but a weak minded individual. She's naturally strong in the Force. You can see that right?

& what do you mean it's not a fairy tale it's Star Wars. It's a movie based on shit that's not possible. What are you talking about with that?

Sorry but I think it has A LOT to do with nastalgia.  Star Wars has always made little sense and been silly  - but been stronger than the sum of its parts.  This movie was better than most Star Wars movies in every way, and I enjoyed it a lot!

Surely you're passionate about the subject, I won't try to change your mind. But I'm up to the pint ;)

Sounds like a formula movie designed to milk suckers out of their money.

You obviously weren't paying a lot of attention. Notice that he is a) still very young b) dealing with being conflicted between his good side (parents) and going full-out darkside and c) he hasn't finished his training as was basically spelled out for us after he is defeated.

I had a blast watching the movie and it was a spectacular return to form for the series. Can't wait for the next film and the off-shoot film in between. The Force awakens is right up there with Empire Strikes Back in my book.

It was ok, though I agree with the OP. The scenes felt very rushed with no proper build-up, but I'm hoping for an extended version with some 40 extra minutes to flesh it all out, the movie needs it.

Also, Finn is such a terrible and annoying character, everything about him is so wrong and bad. The new Jar Jar.

I started out liking the movie but hated it by the end. I was pretty disappointed with how the story unfolded and particularly how the movie ended. I remember Luke Skywalker speaking in one of the trailers so I thought that he would actually have something to say in the actual movie -- of course by the end of the movie I didn't think he was going to say a lot but was surprised that he didn't even utter a word... also related to his 'exile'... how exactly does he survive from from a day to day basis (i.e., food, shelter, social connections etc) -- is he meant to be meditating the whole time? Does he know what has transpired since his departure... I definitely think the story (including the characters) needed to be fleshed out more...

I also thought the lightsaber sequence at the end was a huge disappointment... At least from the first scene of the movie, it appeared that Ren was quite powerful... however, it didn't make sense (and still doesn't) that he was so easily beaten by someone who has never used a lightsaber before. I understand he is injured but I'd rather they exclude the light saber sequence completely than show what looked like a couple of kids play fighting.... I really enjoy the light saber scenes in past movies and had high expectations for a great action sequence at the end (I can remember thinking to myself... maybe Luke will all of a sudden show up and we can see some proper action lol) but that didn't eventuate and so it left me feeling pretty disappointed.

I did enjoy the first act of the film, and mostly liked the fan service to the previous movies, as well at the new Rey, Fin, Poe and the new droid so that's a positive... I also liked how the protagonist of the series only emerged in the final third of the film (although it seemed a little far fetched 'the force' came so easy to her...). It still wasn't enough to make up for everything else though lol 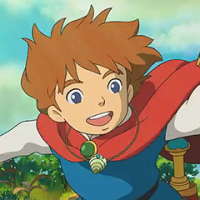 It was a good movie but Abrams was playing it very safe. Basically A New Hope with some new actors and mixed up relationships

All of a sudden l feel the prequels weren't that bad.

I really miss George Luca's. For all the flak the original trilogy gets. They were still good movies that FELT like Star Wars. The Force Awakens was a very good movie, but lacked the Star Wars magic. I do have faith that Episode VIII and IX will be redeeming of this mess.

I want to go and watch it again before I really make a strong opinion on it.