Glad that some Nintendo fans are finally speaking the truth. Most of them are in denial and think the Wii U has an amazing present and future library of games; which is false.

As mostly a Sony fan; I was very vocal about how crap the first 3 years of the Ps3 were. Games were mediocre, console overpriced, online interface just poor. Don't know how anybody defended it.

If you are a Nintendo fan and defend all these poor choices by Nintendo, then you aren't a true fan. You can't just lie to yourself and say that everything is all and well. Nintendo won't change if you keep doing that.

Ah, the Nintendo fan rage phase. You'll be fine after a good night's sleep bro. I feel you but Nintendo has been making awesome games for 30 years. I highly doubt they'll stop now. They're just going through something right now. We don't know what it is they're going through, but they do. Time will tell soon enough.

You ought to know they're preparing for NX. Every Nintendo system is like this leading up to the next console. If anything your passion should be increasing over what is the next big thing from Nintendo.

It's simple. Don't buy a console until it has the games you want, and then you can't be dissapointed. 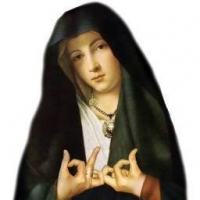 No Metroid no Bueno!

i bought Wii U to play ZombiU and it's as good or better than Metroid. Scanning, isolation, upgrades scattered throughout, mindless creatures. It makes up for it..

I'm surprised you didn't break with Nintendo at the age of 14 and then come crawling back to them in your 20s.

seriously, all the do is bullshit lately - Mario Tennis only played with buttons on a Wii successor?

but they still got far more creation than the other two

In 2015. I played best game in last few years, that game is Splatoon, also there same great other Nintendo games in this year like Yoshi Woolly World, Mario Maker and Xenoblade X. So definitely 2015 is not worst Nintendo year ever.

Nintendo Direct in November was pretty good, I dont see how you can say that was horrible.

Nintendo isn't lost their touch at all, games like Mario Tennis, Amiibo Festival and Metroid Prime Federation are just a filler till NX arrives. Actually Nintendo dont suffering financially, they making profit for two years now. Metroid will come on NX deal with it, Zelda U will come next year. Nintendo listen their fans, but they cant change lotsa staffs in middle of generation.

Nintendo is in very tough position currently, there going through so many changes currently, they lost their CEO and recived new one, they merged their divisions and teams, they preparing launch of new account and new services for next year, they preparing launch of their first mobile games, they preapring games and launch of completly new NX platform for next year. All that had effect on this year, but next year will pretty big year for Nintendo.