Who do you think will win Black Friday 2015?

Globally in the US?

I also doubt MS will win but I highly doubt it will be due to the NDC bundle.

So far only the NDC and Gears bundles have been sighted for BF. This time last year we already knew about Unity price, MCC bundle, GTA+TLOU and LBP3+Lego.. Either they are keeping things close to the chest this year or it's all people are gonna get.

Like i said on another thread. The Ps4 will win this month's NPD without an ounce of doubt in my mind.

Sony has shown this month that they too can match Microsoft deals for the X1, hence they having FOUR bundles on the Top 20 of Amazon Best Sellers in VideoGames. Black Friday, Cyber Monday, Whatever Tuesday, it doesnt matter as long as Sony fights toe to toe to the never ending crazy "i dont care to lose money" bundles of Microsoft.

EDIT: the only way that i see Sony backing down is if Microsoft out of desperation manages to release some deals that Sony wouldnt match because they are not in the position to lose money on consoles sold. Why? To win ONE day on the US while they are literally destroying the competition worldwide? Its not worth it. The star wars and cod bundle alone will make things too easy for this month for Sony. 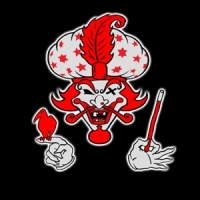 May the best deal win!
I just hope they don't forget us existing owners, and give us some sweet digital deals.

As black Friday is getting closer the deals from MS are getting more and more value, some of them already looks like it is already black Friday. So I expect MS to add even more incentives to those black Friday deals we already know about and that is what will win them black Friday.
If they stay with the current deals they have planned it will be a tough for them to win.

i dont think so

Sony has exclusives. They just came out earlier in the year. They can still be bundled with the consoles come Black Friday though.

I don't know who will win. Globally PS4 of course, but right now XbOne is a great, great value right now. there is no reason that keep MS away to winning.