Fallout 4’ delivers the best ever launch week for the series while becoming the third biggest launch of 2015 so far.

Bethesda’s second No1 of the year (The Elder Scrolls Online was the other) is behind only the familiar faces of ‘Fifa 16’ and ‘Call of Duty: Black Ops III’ for debut week unit sales. It’s a fantastic return for the series bettering the debut sales of previous week one best seller ‘Fallout: New Vegas’ by 213%. ‘Call of Duty: Black Ops III’ (-57%) makes way for the newly crowned champion dropping to No2. ‘Fifa 16’ (+10%) also drops down a place despite a boost fuelled in part by high sales of the Xbox One Fifa 16 hardware bundle. Lara Croft returns as ‘Rise of the Tomb Raider’ debuts at No4 for Xbox One and Xbox 360. With Microsoft securing a timed exclusive for the title sales lean heavily toward Xbox One with 85% over Xbox 360’s 15% share.

Telltale Games’ ‘Minecraft Story Mode’ (+6%) climbs a place to No5 and delivers impressive week on week growth over its debut launch figure in its third week. EA’s ‘Need for Speed’ (-62%) drops three places to No6 in its second week. Sega’s ‘Football Manager 2016’ for PC lands at No7 just ahead of a resurgent ‘Lego Dimensions’ (+49%), which climbs a place to No8 thanks to retailer promotions. Former chart toppers ‘Assassin’s Creed: Syndicate’ (-39%) and ‘Halo 5: Guardians’ (-50%) are down to No9 and No10 in their fourth and third weeks on the All Formats Chart. Elsewhere in the Top 40 another PC title makes its mark with Blizzard’s ‘StarCraft II: Legacy of the Void’ landing at No23. 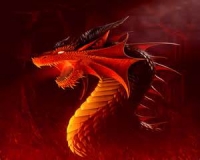 Fallout 4 did great. ROTR not so much, but not as bad as I thought.
Kinda worried about Halo 5's legs.

Congrats to MS and Square Enix outside of Japan(Crystal Dynamics) on the wonderfully expected sales of TR. You got yourselves a true Uncharted killer in the UK, MS.

dont know what to think about TR sales, I guess they are ok.

Ya I agree about fallout and tomb raider. Bad but I thought it would have been worse. I think halo 5 will be fine. It's got a great mp, with zero issues, and free content coming for months on end.

Quite an impressively modest drop for BO3. For a game as big as CoD having a 2nd week drop of less than 60% is very good.

Gosh RoTR is going to struggle. You can't call ~60K a flop, but you have to wonder about whether this is going to be good for the over all health of the franchise.

Even though PS4 version of FO4 sold the most I wonder of the FO4 Xb one bundle will put XB one on top for hardware for the week.

I think another simple thing is that there's a lot of games that have come out in the past 2 weeks since release, and CoD usually steals a good bit of Halo sales.

Halo legs are not looking good. Mass bundling will keep it going.

Apart from that fifa and blogs doing well.