Nintendo Co. plunged for a second day in Tokyo trading after the console maker said the planned smartphone games system that had helped its shares jump more than 80 percent would be delayed by at least three months.

The stock finished Friday 7 percent lower, bringing the two-day decline to 15 percent, the most since February 2009. That cut Nintendo’s market value to about $23 billion.

Nintendo President Tatsumi Kimishima said Thursday a joint project with online games platform operator DeNA Co. won’t debut this calendar year as initially planned. Earlier this year, the company said it had overcome its reluctance to enter a booming market for free-to-play games that draws players away from titles for its 3DS handheld player and Wii U console. While Nintendo owns intellectual property including Mario and Zelda, the first game will be a free-to-play messaging-based application called Miitomo.

“Nintendo’s choice of a communications app to kick off the DeNA partnership may be an acknowledgment of the risks associated with featuring Nintendo’s best IP on mobile and thus undermining the appeal of Nintendo’s dedicated game machines business,” Jay Defibaugh, an analyst at CLSA Japan, wrote in an Oct. 29 note. He rates the shares sell.

DeNA shares also fell Friday, bringing their two-day plummet to about 20 percent, the most since May 2014.

Before Thursday’s share decline -- the most in a single day since July 2011 -- Nintendo had surged by more than 80 percent this year, fueled by late President Satoru Iwata’s announcement in March the company was entering the smartphone game market. DeNA had risen by 69 percent before Thursday, when shares fell the most since May 2014.

Nintendo announced the delay on Thursday, a day after reporting profit that missed analyst estimates for the three months ended September. Net income dropped to 3.2 billion yen ($27 million) and operating profit was 7.8 billion yen, based on first-half numbers reported Wednesday.

I'm sure your torn up about it.

On topic, its predictable. The delay definitely sucks and validates some of the dissatisfaction of some investors, but I find the desire to push for Nintendo IP's on mobile short sighted. Largely because I think that it really won't incentivise people to buy their hardware. Mario on mobile would definitely hold large profits, but I think its shortsighted compared to a social application like Miitomo. Honestly, looking at the value of stock dropping only makes me want to buy some lol.

True. They only make a ton of money now. Not many tons...

Massive drop, I am sure that was expected after the delay was announced though. The next year will be very very interesting for Nintendo, so much potential, so much that could happen.

Honest question, how can I buy some Nintendo stocks? 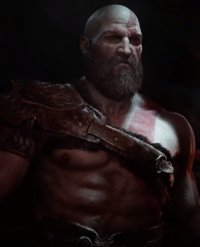 I still think Nintendo shouldnt go mobile like that. The reason 3DS, Wii U (or any console like PS4/XB1 for that matter) selling is becuz of exclusives. If now those major i.p will be available to other systems like iPhone and Android. People would stop support nintendo product since they have no reason to.
Not to mention of the high quality of the games would be dropped, and when quality dropped, fans would get upset, and when fans upset, it infect general public to upset too XD !!!
This is what happened to Call of Duty and Assassin's Creed, FIFA, games that selling so well yet hated by so many people... Sign up to a trading platform, you'll need some cash behind you though if you want to make serious money.

I will make some popcorn, anybody want

Like which platform? I know making big money requires big money, but right now I'm just thinking about buying a couple shares and keeping them long term, possibly getting a couple of those Nintendo dividends they are famous for

This whole stock thing isn't easy, especially if you want to buy Japanese stock from Europe