so i finally finish metroid prime... edit: AND other m

Forums - Nintendo Discussion - so i finally finish metroid prime... edit: AND other m

made a thread months ago, saying that i was trying to start my first metroid game as it releases on the eshop, but unfortunately i will get super dizzy if i play 1st person on the tv (its weird as it wont happen when i play pc 1st person). i stop playing it after the 1st hour as i cant stand the dizziness.

However, with the help of internet and few testing, i finally found a way to play the game without getting dizzy, unless i play it for more than 3 hours. (for those who interest, i set the brightness and back light of my tv up, and adjust my chair so that my eyes are on same height with the TV. this strangely works)

As this is my first metroid game, it took me awhile to get used to the gameplay, and i finally finish the game on around 19 hours of play time, with 87% complete (kinda noob lol). i have to say i LOVE it, n i play 5 hours straight today as i couldnt stop myself playing it (and i got slightly dizzy after that, but still much better than before).

there are some ppl who complaine tooo much backtracking, and the metroid that will devide into 2 (dont know the name) were annoying, but i personally enjoy every single element of this game. The final boss was an amazing experience. i am glad that i found around 8-9 energy tank as the few last bosses took me awhile to figure out the way to beat them.

Anyway, while i love to try out prime 2 immediately, i decided to start Other M first as i want to take a break from first person game on TV.. the dizziness is like hell for me before i figure out the solution. Will definitely go back to prime series after i finish other M. just played 20 minutes of other M (to the first save point), and i realized that the gameplay is completely different from prime series (i m still trying to "scan" those monster whenever i encounter them zz), and maybe thats y so many metroid fans hate it? i am not really sure as i havent really get into the game. but as i m quite open minded is gaming, i hope i might still enjoy it :)

just wanna share my opinions after finishing such a wonderful game. definitely looking forward for next metroid game (NOT the 3ds federation)

so i finally complete other M and the feel is kinda... weird. It feels like a God of war style game with futuristic settings and metroid characters. the story is OK,  not really good but not really bad either. i didnt enjoy as much as Prime 1, but still a decent game IMO. besides the story , the whole "authorise" thingy kinda pissed me off. i would rather them to design something like samus lost all her equipment while landing and she have to recover them one by one instead of this authorising settings.

the path i enjoy the most is when we got back to the ship after beating the MB (btw this is the WORST boss of ALL GAMES I HAVE PLAYED IN MY LIFE), which we are alone in that place, which we are finally free to explore around and no cutscene or whatever to block our way. In fact this is my favorite part, and i am glad they did this.

despite all the flaws mentioned above, this game is still a decent game, and doesnt deserve to be criticize so heavily by some ppl. However, this is my 2nd metroid game and i understand that many long time metroid fan hates it as the story does not fit in to the earlier timeline. But for ppl that just got into the series like me, this game is not really that worst.. Prime is of course much better, but this game proves that they were trying something new to the series - and i believe that the feedback and sales of this game will let Nintendo knows that this change DOES NOT favorite by fans, and i hope they can get back to the right track on the next entry (again, NOT federation force. i HATE they make some of their big IP so heavily focus on co-op).

Although some part of the story were really strange (they made Samus too weak IMO), i still enjoy the game abit. There are much more games that are more worse than this, and every series will have some weak entry. As my exam is near, i will stop gaming for awhile and will definitely start prime 2 right after my exam. At this point i really hope i got a GBA to try some of the gameboy titles.

Everyone will tell you Metroid other M is a let down, I will not.
I only played it about 1 year ago and really enjoyed it. It's not a prime game but still a worthy venture.
Enjoy!
P.S. agree about the Ridley boss fight

That is not the reason Other M is hated. The controls and style of the game are fine. You won't understand why because you're playing other M this early. You should of played most of the games before it.

yeah thats one of my point. i havent really experience the whole metroid universe, so i might like other m

Prime is great, isn't it???
Despite some comments I made in another thread, I also find Prime 2 to be fantastic...
You can take your time on Prime 3 and Other M though... 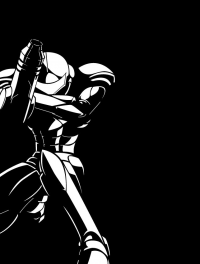 I wish I could play Metroid Prime for the first time again. This is what I had to say about the experience (and I quote myself)

"One of the things that make this game a masterpiece is the way the story gets deeper as the player progresses. This is not done with cutscenes, but through subtle and quiet elements that only reveal themselves to the most aware players. You can see the different transitions in what's going on through the environment, pirate journals, Chozo lore, music etc. Overall, we got an adventure that grew to be worth more than what we paid for..." 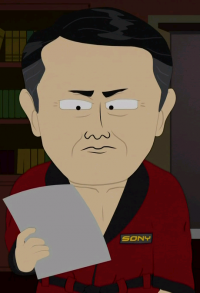 Ooooo! That was a great one! I remember the Omega Pirate being the most difficult boss. For me anyways.

i never played metroid prime really.
i played the nintendo ds game (metroid prime hunters) to hell with friends in 4 player multiplayer. But i doubt that was really was metroid is about, it was more like halo^^
I got prime 3 on wii u but didnt know what to do in the 3rd planet or something nd stopped playing.
I might just get the trilogy for wii u eshop and play them, scince many people really love them.

Im so glad you loved it :) im a huge metroid fan and i love all Metroid games, Other M isnt as great as the others yes but i still enjoyed it alot and i had my fun time with it, im glad they experimented with the gameplay mechanics so we could get to try something new. Enjoy the rest of your time with metroid prime trilogy. Because the whole trilogy is amazing

ya me too, the 3 phazon around the boss are damn annoying