Forums - Gaming Discussion - I think I found out why Notch sold Minecraft.

"I've found a lot of bugs, errrrr, features have been added..." hahhahahaha

I feel so sorry for these kids.

FYI; I was one of the unpopular kids, I know the drill. I also work with youth psychiatry now, an institution for teenage boys with psycho-social problems and diagnosis. The kids in the clip remind me of the more classic Aspberger type, which isn't wrong or bad in itself, but these do not appear to be regular kids. Minecraft is very popular among those with autism and Aspberger, the meticulous and time consuming nature of it is perfect and the square, simple blocks that follows a set and logical system of behavior offer vast control in addition to creative freedom; it is the holy grail for the kids at work, out of 11 boys living there now, at least half of them are obsessed with Minecraft.

Okay this was really hard to watch, but I don't think people should be hard on them. They're all just a bunch of goofy, awkward kids with the exception of that one guy. Plus it must have been really nerve wracking for them and speak to their idols in front of hundreds of people on a mic.  I would have been the same way, I was a nervous mess back then.

They'll grow out of it and realise how silly their obssession was.

Wow that is terrible. Still better than this wanker tho

This is just kids being kids. Perhaps some of them are a little slow.

The autism question I have no issue with, perhaps he has slight autism and is wondering if he has a future ahead of him (i.e. wanting to find someone who has it that has succeeded) or if he should hang himself.

Can you post the page referral link please? I can't run it in a window.

It's some kids asking kid questions about Minecraft. Some of them are clearly star struck by some of the people they are talking to and they're all socially awkward if you do more than chuckle at the innocence of these kids while watching it you're a bad human :< 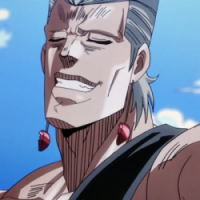 I've seen the whole video. It is cringey and very awkward, but it's obvious a few have some impairments. so I can't judge them. However, the ones who were trolling the devs with some questions made me facepalm. They are kids... what else can be said?