Considering the game is only coming in two languages for Europe, I wouldn't expect it to kickoff well there. The game is being exclusively distributed through Amazon in Japan, meaning exposure for the game will be relatively low, significantly lowering the chances of the game being highly recognized unless critics declare it the best game ever. The game is pretty much set up to fail already, regardless of quality.

Excellent post man. Another reason why I despise reviews.

And this is why I don't freak out over unconfirmed rumors from unconfirmed sources.  Patience, folks.  Does wonders for your blood pressure. 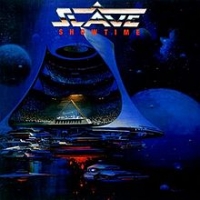 Now my trust for NoA has doubled. I would let them babysit my cat.

I would say Nintendo is "casual" already. Not as casual as mobile though which I think is what you are referring to

I honestly don't much trust that tweet. Either NoA saw the disappointment and has decided to hold onto the IP in NA, or Siliconera which has been trustworthy for a good long while was fed inaccurate information from what is usually a very trustworthy source (as they reached out for verification, they didn't simply trust the Unseen64 report). As it stands, none of NoA's actions reflect the content of that tweet. They haven't gotten the game rated by the ESRB, they pulled it from the future releases section of the Wii U eshop, they didn't show the game at E3 in any way, shape, or form, they haven't given the game a release date, and now they choose to say "oh, uh, yeah, it's still on the way, totally".

Is the people that makes movies on their heads for any simple rumour, Noa said that the game was coming and... wow is coming

ahh come on!! I was enjoying this thread XD

I enjoy the fact that you read more than the last line of my post. Oh wait. You can't honestly believe that NoA's silence, silent actions, and the fact that information was verified that indicated NoA was not publishing the game in NoA is all just a sad coincidence. My money is on Nintendo still trying to take credit simply because they funneled money into the game to finish development, that or just a miscommunication with the PR person. I mean, technically, even if they pass the buck to a different publisher, Nintendo themselves still brought the game at least halfway, so perhaps they just feel entitled to take some credit. There's a few explanations that can be given that still line up well with all the other information we already have.