Rumor: Ni No Kuni 2 in development, exclusive to PS4

1 million is actually huge sales, in the grand scheme of things.

Selling 1 million copies, puts that game in the top 10% of all games easily.  The grand majority of companies would be jumping in joy if they got a game that sold 1 million.  There are a few companies that are in a class of their own where 1 million would be a failure, this is a small number of companies.

Please be true, I need Ni no Kuni 2 in  my life but refine more the battle system and improve the ally A.I

I dunno, I feel like this could be just an educated guess. 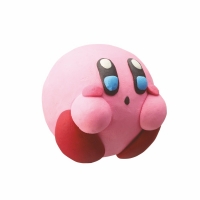 Dunno how true this is exactly. I heard that Hayao Miyazaki is/going to retire forreal and that When Marine Was There will be the Studios last work. Of course they don't necessarily need Studio Ghibli to do all the art and do as much with the story... but it would also depend on who owns the rights to certain things in Ni no Kuni. I would totally love to see a sequel tho... one of the best JRPG's I've played in years.

I hope he is right.

Do you find one of these sauces reliable?

Except the original isn't on the ps4 is it? it's on the ps3 which has 231 million+ selling games, Ni No Kuni being no 142 in that list. You have to look at the install base when saying that selling 1m is down to exceptional software Sonic Unleashed(ps3), Sonic 2006 (x360) are both million selling games both utter failures in the grand scheme of things if you were to drop them onto the ps4 now you would never expect them to join the 28 games that sold a million on that system, surely?

Since Studio Ghibli is on non-active, this seems somewhat unlikely.

All they did was the animation, any anime studio can do that. Just look at Yokai Watch animations, they look very similar.