Forums - Nintendo Discussion - MH4U is the fastest selling MH game ever in the US!

From the Nintendo PR for the February NPD:

"Monster Hunter 4 Ultimate sold more than 290,000 combined physical and digital units and is now the fastest-selling Monster Hunter title – across all platforms – in U.S. history."

Something tells me with this Capcom will keep mh exclusive to nintendo for a little while.
Im expecting mh4u for wii u soon. XD 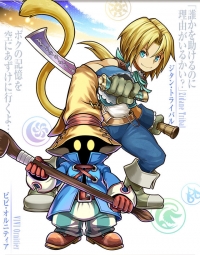 While I do like MH, why is it doing so well? The 3 games Ive played of the series seemed to be exactly the same games with identical areas and objectives. Of course, I've only played the PSP games which may be part of the reason (to note: I'm not planning on getting this or any MH game in the future, can't get into it in the way most MH fans do).
Perhaps I misunderstand and MH is similar to the Street Fighter series in the sense they release the game again but with a few added features?

I'll never get the appeal, but hey, congrats! I hope the next one does even better.

Get with the times, Tbone. This news are SO yesterday...