What's with the obsession about 'innovation'?

Forums - Gaming Discussion - What's with the obsession about 'innovation'?

Do you want innovation all the time?

I agree, innovation is nice when it is present in a game, but it's not something I demand nor I expect.

And besides, it is a term that can be used, depending on context, in a very negative way; whether the game does have innovation or it doesn't.

At first I was about to say that I agree with you, but then I read some of the posts and remembered just how important innovation is to many people, myself included.

I loved Mario and Pokemon games but at this point I'm tired beyond words of them. Of course I'm aware that there are probably millions of people who don't feel this way, but I do. I don't think a few tweaks here and there are enough anymore. A game being simply good is not good enough. I want something fresh. Games like Naruto: Ninja Storm 1+2, Heavy Rain, and The Walking Dead really feel fresh and were thus much more exciting than other games I played. I also loved Motion Controls and can't wait for VR.

The game journalist of the world claim we want innovation. I've now come to mind that the word innovation in gaming is bullcrap and doesn't exist anymore. Try and thing of a brand new game concept and it's hard, try and innovate and existing one is impossible. The only way to truel innovate the market is interaction and while Wii did that last time, Kinect as well, and now with VR. We could do some cool innovation.

However, people don't want that. They want good games and only good games. Books and films don't innovate, they are just good or bad. You could say the effects have innovated from models to full CG but that's no different to just another generation of consoles.


Infact in terms of innovation specifically in a game, I've no idea what that means. What is innovation in a game?

I think that's absolutely unfair. My PS3 didn't had game streaming capabilities, didn't recorded my last 15 min of gameplay, didn't had all the sharing options, didn't had 1 or 2 min game installs. The same can be said about X1. The Wii U isn't innovative. They just saw iPad take all their Wii players and reacted by slapping an iPad in the middle of a bulky, expensive and unconfortable controller. 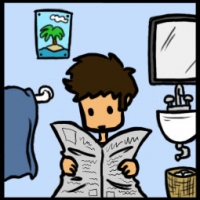 Importance is placed on innovation because even fun formulas become boring when repeated endlessly. Think if the every Mario game up to this point was exactly the same as the first: No additional items to create puzzles, no overworld/map, no mini-bosses, no ghost houses, no triple jump, backflip, no Yoshi, no 3D, no red coins, no stars, no rail/moving levels, no moving platforms. As early as "Lost Levels", Nintendo brought some new things to the table. Without innovation, SMB3 would not be possible, "World 1&2" would not be possible, 64 and "3D World" would not be possible. The "Galaxy" and "Sunshine" games are just straight out the window with a baseball bat without innovation. All of that innovation is within one franchise (that people often complain is stale and dated).

Was the game fun? Yes. Is it still fun? Yes. Would I still play videogames regularly if all we had to play was "Table Tennis"? Probably not. An overly dramatic history lesson, I have to admit - and I'm sure there were games that preceeded "Table Tennis - but my point is that you are partially correct. Games that do little or nothing new can still be fun, especially if we haven't had that exact experience in a while (i.e. retro titles). Innovation is neccessary, however, to keep the same old ideas feeling fresh.

Not only is innovation neccessary for the industry, it's also great for gamers! Think about the first time you played "Tetris, Sonic the Hedgehog, Super Metroid, Wolfenstein 3D, Starfox, Goldeneye, Final Fantasy VII, Virtua Fighter, GTA 3, Halo, Morrowind, Mario Galaxy, Portal, etc. It's a breath of fresh air to play something completely new (Portal, Wolfenstein 3D, Mario 64), or even a new and trendsetting take on something old (Goldeneye, Halo, Metal Gear Solid, Mario Kart). All of those games occupy special places in my heart, places that aren't accessible to titles that take a "...don't fix it mentality".

A fun, competant game, is something I will always respect, and titles like "Mario Kart 8" and "DK: Tropical Freeze" make up a big part of my library. It's the innovative and big new ideas that hit the industry every so often that keep me coming back, keep me laying down my dollar on new consoles in anitcipation of what new, hitherto unthought of pleasures that are going to await me during this generation... ones that didn't exist during the last one.

For some games I love, the studios better stay away with "innovations"!

I do not say innovating is bad, but it doesn't really decide the quality of a game. An innovative game can be as good or as bad as an game based on a tested concept.

And the tested concept doesn't turn bad, only because it was already used in past games. This can especially lead to bad decisions, that turn a working gaming franchise into a mess. Would I want that Monster Hunter get more accessible by reducing the number of weapons (or make weapon working more in the same way so it is easier to learn) or to add a visible health bar to monsters? No, I don't want such changes. Would I want that oldschool RPGs drop the number of stats that can be influenced by the player or switch from turn-based to real-time to make it more accessible? No, I still want my oldschool RPGs with a lot of stats where I can research for hours if it is better for one of my characters if I increase STR or DEX.

I don't really care for token innovation (doing it just for the sake of it) or if it's poorly thought out. Like nintendo controllers. Every generation, they change it and it doesn't make any sense why. I don't mind change/innovation but it needs to improve or change something for the better.

when you read between the lines the obsessions actually about having something to complain about on a game/system you don't like.

As evidenced by the defense response kicking in if you question a game/franchise/platform they like in the same manner.