Well it was a major success in the last 3 year of the lifecycle. It would all depends on if they manage to recover form the massive losses inccured at the beginning of PS3 lifecycle. Mistake made on the PS3 gave you the PS4 & Playstation Now.

From a stockholder/business mans view, probably. From a gamers prospective absolutely not.

Yes, it's a failure without a doubt.

If you reframe the question and ask if Sony would be okay with having another console like the PS3, then the only logical answer is that they wouldn't want to go through something like that again. What the PS3 achieved is not on an acceptable level, so neither Sony or any other company would want to have a product like it.

And if XOne was still at $499 with the only Kinect Bundle available, it would have ended like Sega Dreamcast. But, we know we can't make history with 'IF'.

PS3 had a lot more competition from MS and Nintendo compared to PS2;  XBox and GC offered a really weak competition, and PS2 was released before both rivals, getting immediately more 3rd party support.  On the other hand, PS3 was released 1 full year after X360 in NA and Jap, and 16 months later in Europe, at a very expensive price.   Of course it couldn't do as PS2= Sony big mistake ---> Lesson learnt ---> PS4 ---> Domination.

For gamers it was not. For Sony it surely was.

83 million is the lowest number Sony has ever hit. This speaks volumes about the companies ability to bounce back and still make amazing numbers. Content is everything.

Years 1 - 4, absolutely and undoubtedly, yes it was an utter failure.

However since Uncharted 2, Sony have been on a role with very little turbulence along the way.

The ps3 didn't do as well as the ps2, but it's still a successful console.

I think PS3 is a failure only if we compare with PS2 sales, but in other hand PS2 is best selling console ever. 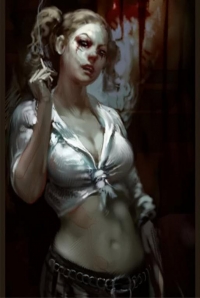 Depends on the viewpoint...

as a gaming machine: no
as a commercial product: yes