Forums - Gaming Discussion - Finally played a Dragon Quest Game. Or how FF got it all wrong...

Old (34y) JRPG gamer here. Played a ton of JRPGs on SNES and PS1 era, my favorites for JRPGs. FF was always my favorite series but lost interest in it after FFX (one of the best!).

During the SNES/PS1 era I always wanted to play DQ. It amazed me how japanese love this game that transcends generations, since those crazy people that forbid square of releasing it on a normal week day during early 90's still play the game. It seems to have a steady 4-5 million units sold each game released in Japan.

Tried to play it several times, speacially DQ6 and DQ7, but never got used to the FPS battle screen. Thought it was dull and uneteresting so I never past the first 2 hours in it. Somehow, dont know why, never played DQ8 which fixed my biggest complain which was the FPS battle view. But in the last 6 months I decided to go to work by train which gave some time to play handheld games and decided to give DQIX a chance.

WOW, what a blast! It is so simple, yet so great. Very charming caracters, a very charming story, good vs evil, blablabla, but still touching. A very simple battle system, yet very cool to play. The game is VERY old school, very atached to its roots, never trying to be over the top. But it was SO FUN. Loved the game, took me 45 hourz to beat, now I already bought a used DQ8 for PS2 and I'm eagerly waiting for a NA release of the DQ7 3DS remake.

Which brings me to FF. Always trying to be more complex, more cinematic, more over the top, more everything. And it became less fun, less touching, less... japanese...

Kudos for Square for allowing the DQ team to respect its roots, its traditions. Yep, it was the best proof for me that FF just got it all wrong.

Enix bought Square and since only made 3 mainline games (plus a shit load of remakes). Of those 3 games 1 was an MMO.

Anyway tried to play the DS remakes but could never get into them. Maybe I would enjoy VIII or IX, really hoping XI is on PS4 though as Ive kinda grown out of handhelds.

Dragon Quest gets a lot of hate in the west but it's one of the best JRPG series. I recommend you play 4, 5 and 3. Those are pretty much the best in the series.

Are you saying that FF should become Dragon Quest?

..if that's what you were trying to get at 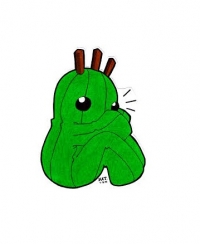 Well, this approach works for DQ because the intention behind the franchise in the first place was to provide gamers with an easy access into the genre; mechanics that are not complicated but still challenging and fun. I think this is why DQ's gameplay mechanics and storytelling have evolved very little over the years; so that players would still find it familiar and would avoid the frustration of a learning curve. Of course, most of this is based on my own observations.

Anyway, I think DQ's concept of maintaining a very traditional and minimalist core works fantastically for it, but would not work nearly as well for FF. Since the SNES era, FF has placed storytelling and character development at the forefront and that explains why the franchise has changed and evolved so much over the years, primarily adapting a more cinematic approach to accommodate for its need to tell stories.

I love both DQ and FF, but they are very different and the fact that FF did not emulate the DQ formula does not mean that it failed, but rather that it developed its own distinctive personality and goals, for better or for worse.

Finally, it bugs me when people refuse to let go of the past and accept FF for what it is... the franchise NEVER stayed in the same place twice, even back in the NES days. We now have this idea of what "traditional" is like based on the technology available back in the day, but the industry would have ceased to exist if ALL developers still made games the same way they did back then. The industry always needs innovation and CHANGE to survive, and whether you accept it or not, FF was a part of this innovation for at least three generations. So, to sum it all up... DQ is amazing and essential to the RPG genre, but so is FF in a totally different, yet indispensable, way.

I actually finished it twice, and a half, before selling it and some other games in 2012/2013.

I WANT. No. NEED DRAGON QUEST 10 OR WHATEVER NEWEST HANDHELD ONE THEY HAVE NOOOOOOOWWW!!!

That's one thing I hate about Square. They hate thier western fans.

(this would be a cry emoticon but no cry one on vgc.)

Actually Square bought Enix. ANyway, I prefer less games, but high quality ones then a lot of games with low quality that disrespects the franchise. Also, based on the review ans sales, most people consider DQ7-9 as masterpieces.

Nope. Both games were always different and will always be, but while DQ kept the quality with minumum changes in the structure, FF just lost its way. In a sense, there were no big changes in FF mechanics from 4-9. Yes, graphically it changed a lot, but except for 8 and the job system on 5, its pretty much an evolution from game to game. On FFX they made a revolution, no world map for example, but that game was still awesome, still turn based. But somehow after FFX-2 they just... lost it... FF frgot about its roots, its main mechanics, and in a sense, its identity.

I agree with what you say, but I still think that FF, from 4 to 9, was still the same game, same core mechanics, same identity, but of course evolving a lot from title to title, sometimes making mistakes but compensating on other aspects. In my opinion, if you get FF9 and compare it with FF4, i get the ffeling the identity, the core, is the same. But with FFX they made a revolution, that worked with that title because, after all, the only big change was getting rid of the world map. But after that, those "revolutions" got so big that it just lost its identity.