Forums - Sales Discussion - Prediction: Xbox One will sell more than the PS4 in Europe in 2015

Next year the Xbox One will outsell the PS4 in Europe, and here's why:

1.) In January Microsoft are releasing details about Windows 10 and it's compatibility with Xbox and if early reviews are anything to go by then Windows 10 will be up there with Windows 7 in terms of popularity. These new Windows 10 users are going to want to get a console which runs Windows 10 in order to be familiar with one unified user interface and the associated benefits. This will also be greatly beneficial to Windows Phone but that's for another prediction thread entirely...

2.) Halo 5. The past 2 mainline Halos have both sold well over 2m copies in Europe and I see no reason why Halo 5 can't do the same and even exceed these given how positive the early multiplayer reviews are. With the decline of Call of Duty there is room for a Halo resurgence and I believe Halo 5 is the game to do it.

3.) I believe that after seeing how positive the reaction in the USA has been to their price cut, they'll try to lower their prices in Europe to be more competitive with the PS4 as it's currently significantly cheaper in most places. This will boost sales significantly.

4.) Forza. If reviews are anything to go by (which they are) then Forza is the best racing game hands down. As we all know Europe has a strong affinity for racing games and Xbox One is the place to be for these racing fans imo. Xbox One owners will get a pretty much guaranteed annual Forza game whereas PS4 owners will have to wait 5 or so years between Gran Turismo releases and that's too long for a lot of people. I can see a lot of the European PS4 early adopters jumping ship to Xbox One for this very reason.

5.) The decline of Nintendo. The Wii captured the casual gamer market in a big way last gen, and evidently these Wii owners arent transitioning to the Wii U this gen. This leaves the Xbox One as the go-to console for casual gamers this gen imo, as well as all the other gamers it captured last gen.

6.) Money. Nadella (new M$ CEO) has shown how much he values Xbox as an essential part of Microsoft by the money he's been spending recently to put Xbox back on track. Microsoft have ~$80bn in cash and they don't like being second in anything they do...go hard or go home. And they're going hard. Expect some huge money-hatted exclusives at E3 2015 and subsequent PS4 buyers remorse.

The main advantage the PS4 has in Europe in 2015 is the current userbase. As of the W.E. 6th December the PS4 currently sits at 6,809,438 units and the Xbox One is at 2,571,751 units, meaning the gap is 4,237,687. This gap will probably be around 5m by years end due to Sony's lower pricing in Europe. This 5m advantage will mean that the friends of PS4 owners may be swaying towards the PS4 instead of the Xbox One in order to play with their friends but I don't believe this will be enough to counter-act the points I've listed in favour of the Xbox One.

Thoughts? I'll bump this thread when I'm right. In the meantime call me crazy etc.

But I don't believe that theory.

It's always fun to have joke threads, and since toastboy has been permabanned there was a serious shortage of those.

Why would the Xbox One capture the casual market? The PS4 gives you more bang for your buck. 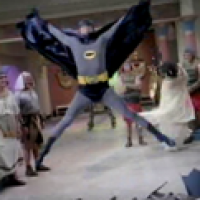 Interesting.
1) I have never heard of anybody who buys a console based on the OS being similar to their PCs.
2) Halo could grow. But I don´t think it has much growth potential (10-20% Max).
3) Xbone already is cheaper than PS4.
4) People (the real sim fans) will be waiting for GT7.
5) ...Maybe
6) Yup MS will definitely buy every game on earth and thus win the gen. (You have to consider how much this would cost)

Edit: I can see MS grow in the UK battling it out with PS4. However Mainland will be different

Less of a joke thread and more of a..

I agree though, X1 has gone a long way to change gamers minds. 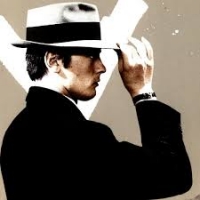 No chance. I think PS4 will sell more than Xbox One in America next year...