The most important thing is that I enjoy it, still very interested in The Order: 1886 despite any anti-hype.

honestly, what can you expect from that studio: nothing extraordinary great.
but the problem is sony and the gaming press wanted to see the game as extraortinary great, so people got disapointed VERY fast. and boom negative hype.
reviews will reflect that. they won't review the game fair, so let's say if the game were an 82, they'll give it a 70 or something like that.

Thé Order doesnt deserve all thé hate it gets

Of course. A linear game with no multiplayer? The horror!

Just judging from the trailers this will be one of those games I'll enjoy more than the reviewers.

2) Artstyle. If you're not colorful for the sake of being colorful, you're generic. Atmosphere and setting be damned. Browns and greys are so last gen.

3) Gameplay mechanics. From what we've seen and heard it's a pretty straight forward 3rd person shooter (games with solid straight forward mechanics are not enough - see DriveClub). Where is the over the top gameplay? Why can't the character jump on walls? (The fundamental) Where is the "next-gen" gameplay (aka I didn't like the game but can't really tell why). It doesn't help that the previews said that shooting mechanics feel off, which may be legit. Ohh and the QTE's, the worst thing ever.

Unless the story is really good and reviewers actually bother to pay attention and not to skip the cutscenes, I don't see any salvation.

Truth be told I'm not reading very many reviews but I can't remember a reviewer raving over a story or even giving it a lot of attention in the review since TLoU. 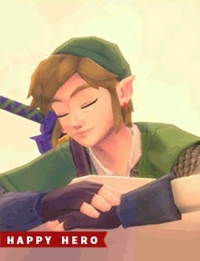 But why??? D': Skepticism for this title is everywhere.

I guess it's too grim, too linear, or too boring. Maybe the concept has been milked to death? I dunno

Day one buy for me, I think the premise of the game is amazing. I love history and alt history so im giddy.

Lol at predicting the future and from software bloodborne 83? He'll no, press is already high on that beast.

I can't wait for the order to drop, much crow will be had.

Seriously, no! TLOU wasn't open world and we dont' know if there are any more open spaces in The Order. We do know there is exploration. We haven't seen all the gameplay elements yet and QTEs are great if done well. The story is centre stage so it should be at least 'good'. You're making a judgement based on comments from the SAME 15 minute demo and then extrapolating that THE ENTIRE game is only that. Sadly, the thing that sold TLOU to the masses was a scene in which a henchman gets his head smashed against a wall by the knee of Joel, but what made it review well WAS WHEN THEY PLAYED THE ENTIRE GAME.

It might get low scores but it's impossible to judge without more info.