Rival Schools is a classic forgotten Fighter man. I would love a remake of it as well.

Chrono Trigger would be an epic remake as well. They should remake it look like DBZ Budokai since the Characters were drawn by Akira Toriyama! 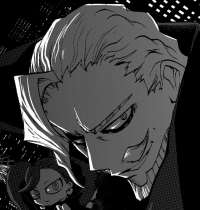 Since these games are pretty old, they possibly need to be remade with a new engine (like the MCC or the R&C game next year)

Max Payne 1 and 2
The Getaway and The Getaway: Black Monday
Mafia
Red Faction 2

These times infinity. Especially Super Metroid with a dark HD remake would look so sexy.

Secret of Mana ala Ocarina of Time

Pokemon Gold - Reimagined on PS4 with stunning graphics, from a First-Person perspective with random Pokemon encounters and seemless integrated online player battles as well as all the original gyms and DLC periodically allowing access to new quests/legendary Pokemon (who can not be battled against other players).

Or,
Tomba!. Such a small handful of people on this earth would have the ability to bring this game up to current gen standards while retaining everything I loved about this game including its quirky nature. I want to see #1 and #2 recreated with refined controls, a way to make a 3D world work and a way to work in one more sequel thus creating a trilogy.