As a game, yes, it was absolutely horrendous in many respects, and they deserved to lose 110%.

As to why they lost, it's a combination of effort (WAS came to play the game of their season at full bore, Dallas came out off balance and sluggish), and horrendous coaching.

You can't tell me with a ~7 yard average rush, that you pass it three times on short yardage, or that you also abandon the run constantly through short-yard downs.

It can be positive if they figure out the obvious mistakes, or negative if they don't. I can't imagine anyone not seeing it though, the entire sports press is already ripping them a third asshole for the worst coaching job of the year by a landslide. 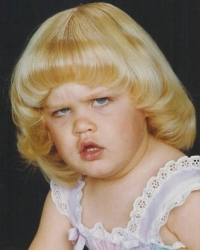 I'm picking against my Texans, maybe they'll win. lol. This is either going to be a bad week or a great one.

Hawks gonna get a streak going!

Yes.  Generally the games where our picks differed this week, went your way. :(

Tough games to pick this week.

ugh...did not know I had such a bad week

anyway this week can be just as bad....

Oh man Broncos vs Patriots. Why does it seem Denver always has to go to New England the last few years? Give us a fucking home game please.

If the Broncos play even a B game they should handle New England.

For the same reason that everytime Peyton loses a playoff game the league emphasizes contact with receivers.  Conspiracy!