Well, I finished Bunny Girl Senpai. I came away pretty disappointed, not because it was bad but because I foolishly let myself be hyped by other people. Overall I'd say it's a solid 8. It has pleasant characters and a straight forward yet not so interesting narrative. From all the comments on the internet I expected it to be some kind of mind bending drama with high concepts and eye bawling tragedies. Until the last episode I waited for some massive twist or captivating gut wrenching tragedy to happen, but nothing did. So I walked away wondering why everyone was so hyped about this show. And then I remembered that people are also crazy about Oregairu, so I'll just go away and keep reminding myself that the majority of shows people hype about are just not for me or are hyped by people who've seen 3 animes in their life. At least I got it behind me now.

More room to focus on the amazing new season.

In actual hindsight, 2019 was probably one of the best year we had in a while. It's just my feeling but I hadn't feel this way since 2016 at least.

Speaking of herbology, one of my favorite manga right now is Kusuriya no Hitorigoto (The Pharmacist's Monologue).  I love the main character.  She's small and does her best to make herself plain, but she's smart, knows all about herbs, and has a somewhat twisted personality.  For example, she loves poisons more than anything.

The story begins when Mao Mao is kidnapped and sold to the Emperor's palace, where she is basically a servant in the concubine section, where men aren't allowed unless they've been snip-snipped.  She soon catches the attention of the beautiful eunuch(?) in charge, who becomes fascinated with her, perhaps because she's the only person who treats him like a bug.

It's basically structured like a medical mystery series, with Jinshi coercing Mao Mao into helping him when something odd happens.  Meanwhile, their relationship kind of develops and elements of her upbringing (she was an orphan raised in the Red Light district by an old doctor) become more important.

It won the 2019 Tsugi ni Kuru Manga Award for best print manga.  I think an anime version is inevitable. 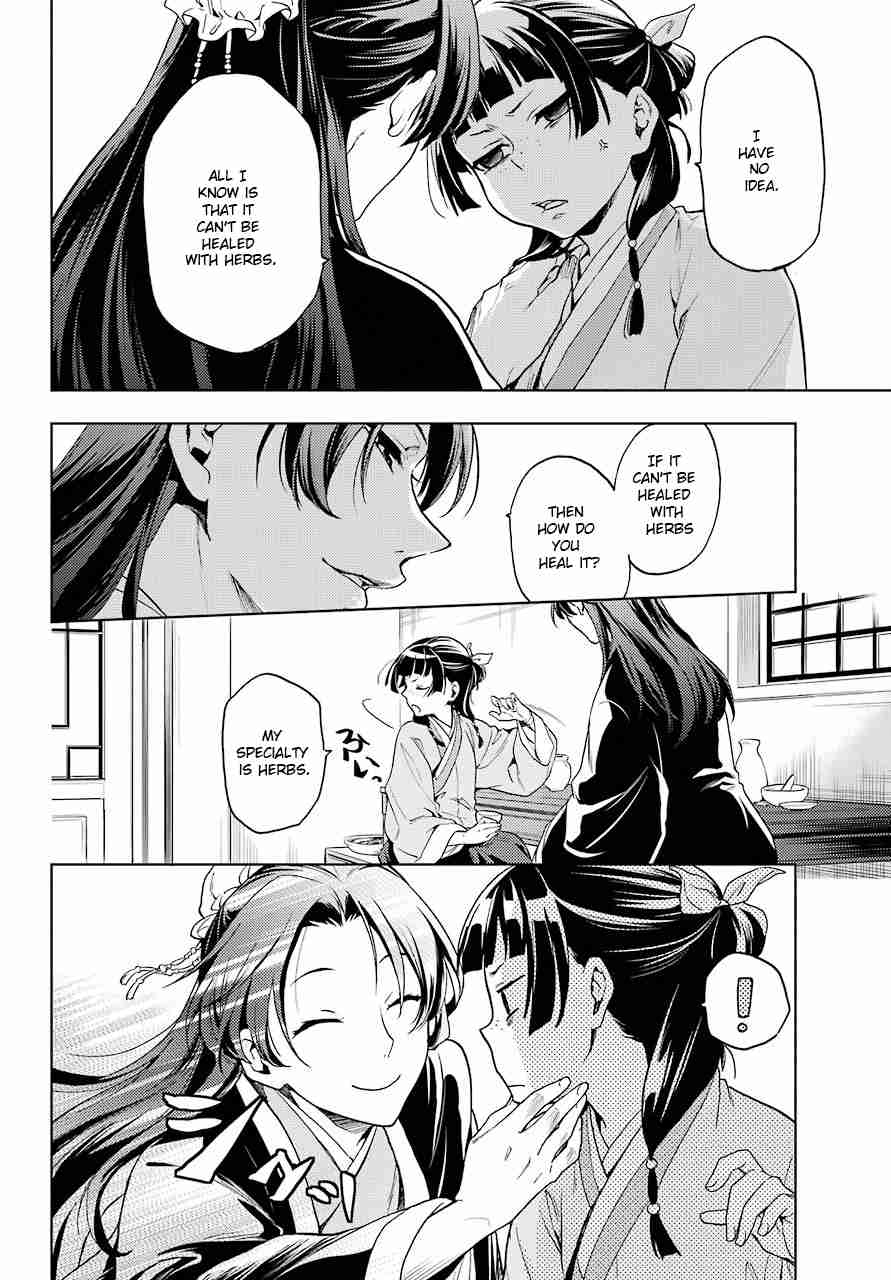 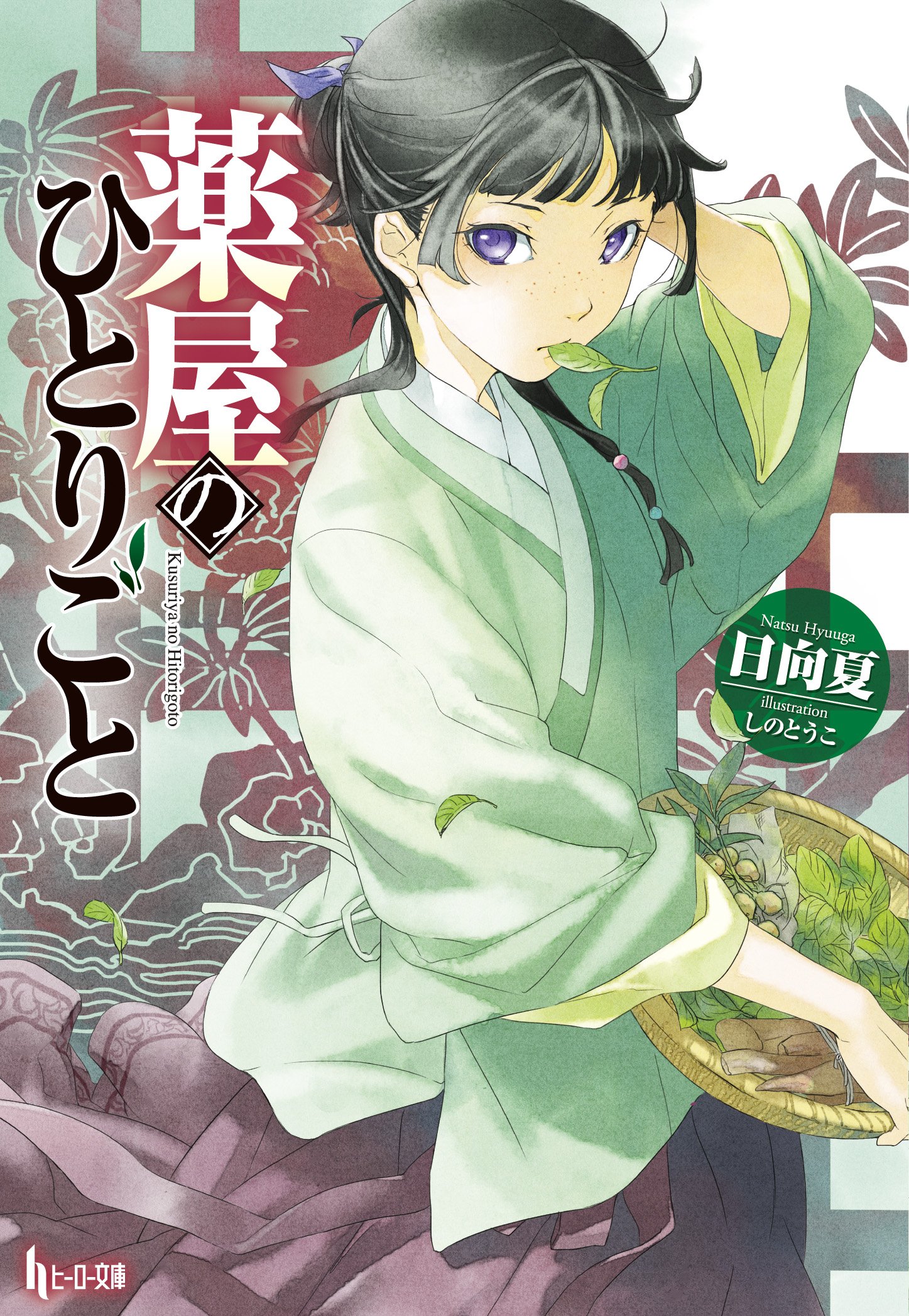 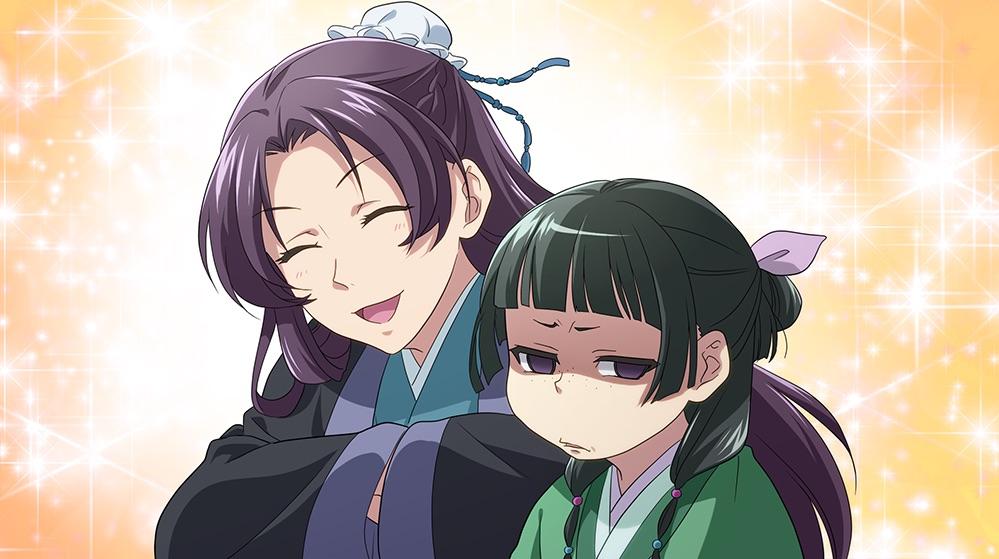 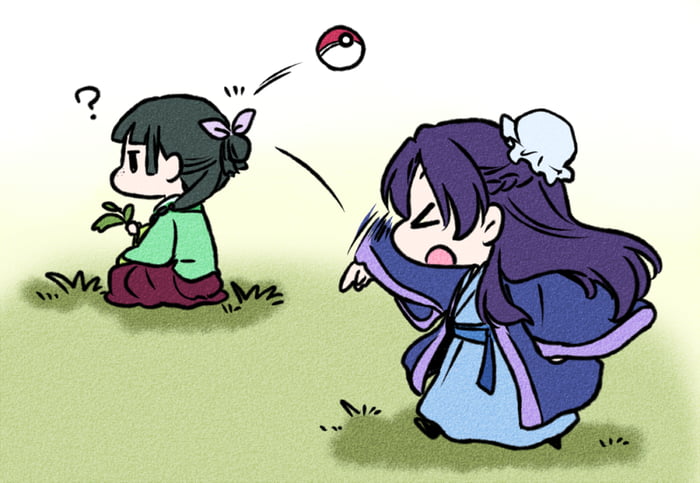 I actually watched so little anime last year that I can't even put together a proper top 10. There was no 10 rating this year for me, so here is my list of 9s for 2019. In no particular order, but I'm gonna put my personal favorite and AOTY last.

Kaguya-sama wa Kokurasetai
Surprisingly well made comedy with fleshed out characters and probably the best ED of the year. Comedy animes aren't dead after all.

Hitoribocchi no Marumaru Seikatsu
Definitely the best comedy of the year. So many lovable characters and a top notch performance for Hitori's seiyuu. I just need more of it in my veins.

Machikado Mazoku
Second best comedy of the year and critically underrated. It is a spoof of magical girl animes and extremely self aware. The fast paced comedy flows well and has lots and lots of precious deadpan. The characters are all just absolutely lovable and the story itself is so incredibly heartwarming. It is only a very close second to bocchi but characterwise they're actually very similar. If you loved bocchi, you need to watch this one too.

Joshikousei no Mudazukai
Another great underwatched comedy. It has very much its own style even though the setting and all characters are basically one note tropes. However the chemistry between them and the stellar performance of the seiyuus bring everything to life wonderfully. It's not over the top or unique, but damn is it executed well. Also one of the best OPs of the year.

Enen no Shouboutai
I actually have only watched half of it yet but this one is the shounen blockbuster of the year. Eat your heart out everyone else. Amazing characters, amazing setting, amazing animation, amazing everything. It does have the potential to reach a 10 but I doubt it, considering it's very formulaic so far. Still I had an amazing time with it and the OP and ED still drive tears to my eyes since it will be forever connected to the KyoAni tragedy due to its timing.

Null Peta
Easily the best short of the year. Fun little comedy in a creative setting. Doesn't really do anything wrong.

Kemurikusa
My personal highlight of the year and officially AOTY. I'm an absolute sucker for great world building and unique settings and this one takes the cake. I just want to immerse myself in that world and enjoy the eerie, yet calming atmosphere. The characters are nothing special and neither is the 3D animation, but the composition of colors, the amazing music and the slow but steady pacing just set myself in a certain mood I haven't felt in a long time. In that regard it's very similar to Houseki no Kuni but that one also had perfect production quality in all areas. That's why Kemurikusa is only a 9, but it's still an anime that I will cherish and think back to for a long time.

Special shoutout to SSSS Gridman. It's not technically a 2019 anime but I just recently watched it and it's a straight up 9 as well.

Eizouken is a lot more toned down than I thought it would be, considering the director. It really does have a certain Imaishi feel to it, which is why I like it. Strong contender for AOTS but it has to step up in the next few episodes. 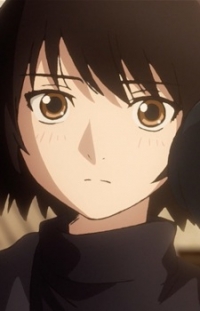 Finished Attack On Titan Season 3, my anime slump hit me right at the basement episode last year, it's nice to finally find out what was in there all these years later. Overall season 3 as a whole far exceeded the previous seasons. It's a decent looking start to 2020 so hopefully I can finish without dropping nearly everything and ending with more than 1 show .....

So apparently we're getting a Higurashi remake. Looks like anime is finally saved.

This season is just weird.