Don't defense contractors and militarism in gaming make you sick?  Sony and Microsoft, among others, make technoligies that kill real people, the majority of which are civilian, and at the same time make and host games the simulate depictions of these killings.  We need to destroy the gaming industry and have an indie revolution, just like other entertainment industries, like music.  If  people knew how much evil is out there I suspect there'd be a massive revolution, but since many don't, this information should be shocking and should provoke many to outrage, and get folks to start paying attention.

--  The Army Trains With Call Of Duty
"It's a great training product. I've had 'em link the Xboxes together and the sergeant will actually train his teams with the Modern Warfare game." ~ Call of Duty representative, lead military adviser, lieutenant colonel, Hank Keirsey

Video features an indie developer, who talks about how the US spends our money on coerce deceive people through video game culture.

-- Halo Is An Official Tool For Army Recruitment & PR There are tons of licensed craft from Northrop Grumman, Lockheed Martin and Boeing"
[Sega's After Burner Climax - Arcade (2006)]
http://tinyurl.com/lkbrgtm -- defense contractor ID's Doom was liscensed to the army and became Marine Doom.

Sanders licensed the technology to Magnavox, which introduced the Odyssey system in 1972.
http://en.wikipedia.org/wiki/Sanders_Associates

Full Returning Fire Movie & Playlist Contaning Much Of The Above Information

Operation Hollywood: How The Pentagon Censors & Shapes The Movies

Psalm 11:5
The Lord trieth the righteous: but the wicked and him that loveth violence his soul hateth.

Lol. What pointless bull. Why do we ask how we fight wars or how we see them?
Here is a better question for you. Why are we starting wars? A much more important question that has nothing to do with tech or video games.

but most definitely religion

what kind of hippy crap is this? lol i think its bad ass! Oorah!!!!!

I would ask you, no, PLEAD with you, to keep your political crap in the politics forum. Starting with removing that avy and sig.

If you want to occupy yourself with the bad things in this world, fine, but don't force it on other people who aren't nearly as ignorant and unconscious as you seem to think.

I hope you don't use a Polytetrafluoroethylene (Teflon) coated frying pan, as that stuff was first used in the Manhattan project, the development of the atom bomb

Nearly 20-50% of Nasa's meager 16 billion dollar budget is spent on the military (closer to 50%), but I still support space exloration, albeit as soon as we feed everybody, etc. on this planet first (which is easily doable, see my Inida link in my sig).

What you said was like saying i hope you don't drink water because waste goes through the sewage treatment center and back into the water supply, or like saying hope you don't eat food grow out of the ground because of fertilizer.  Or how about this one, everybody should boycott America and other countries because their prosperity is due in large part to slavery, colonialism, and contiuing unfair trade and admitted economic hitmen.  I crave justice and I hope you do to, for all things.
There's a close-to-proximity relationship between mainstream video games and the military that's undeniable and leads to innocent bloodshed.
You know how with music it's common to instantly associate a lack of artistry when it comes from a mainstream source?  Well, video games are this times infinite.
It's not hard to stay indie and moral, so that society can evolve into a non-violent, prosperous, self-less utopia.

Since you talked about How The Military Invades Our Everyday Lives, perhaps you've heard of the book I'm very fond of called "The Complex"?
http://en.wikipedia.org/wiki/Military%E2%80%93industrial_complex#See_also 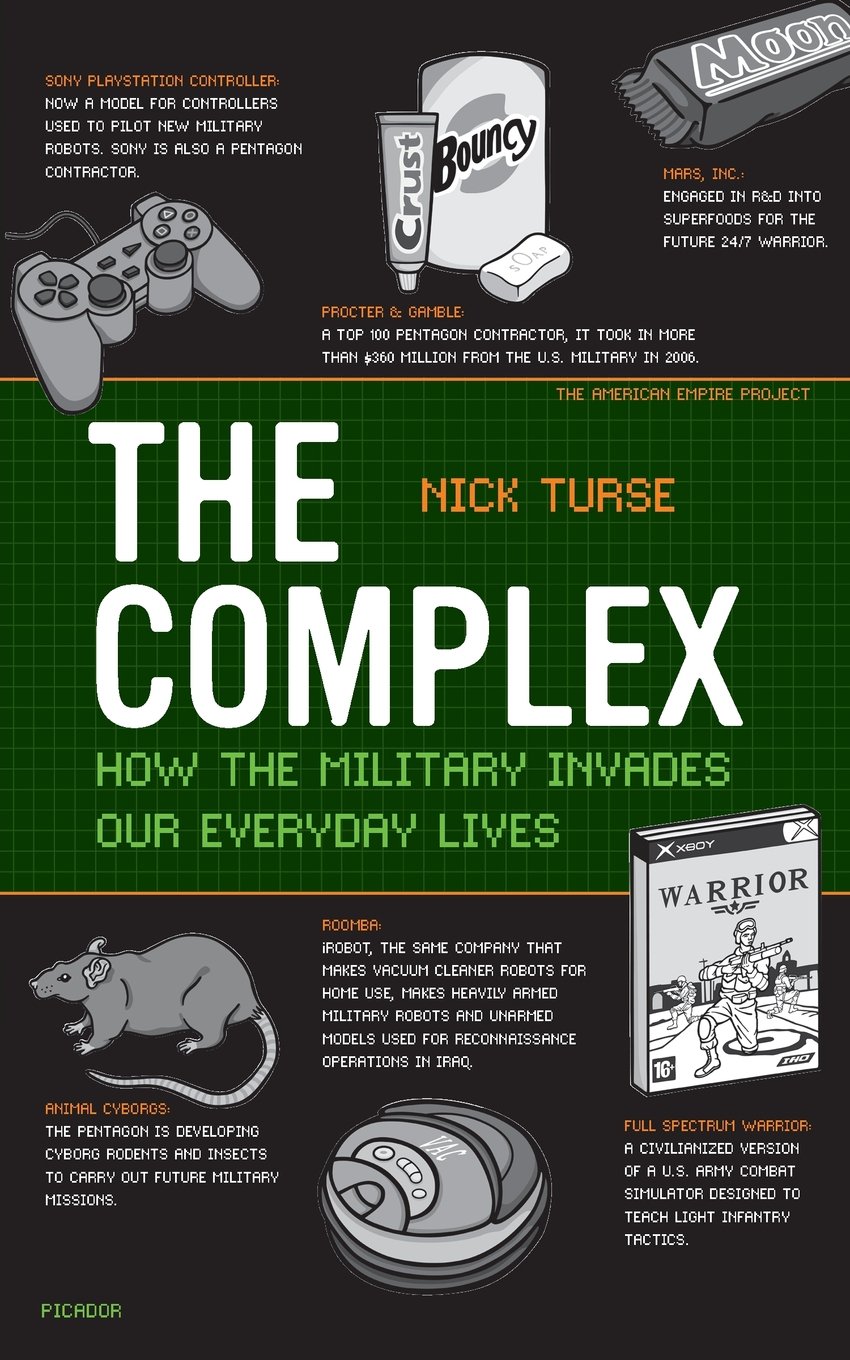 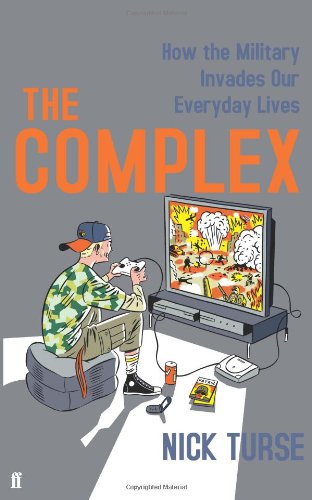 Interestingly he choose to highlight mainstream gaming on this cover.

Putting your head in the sand won't help those you care about, the truth hurts sometimes, but without you can't have love.

If you struggle with belief in God, doesn't it at least make sense to you that carrying around a demeaner like that will lead you headstrong into incurring wrath from some people just as angry?
I hope you stay conscious of facts and keep a clear conscience.

Thanks!  This one is for those of use like us then -

How are wars fought?  With drones, uranium-tipped missles, and other terrible weapons of war - I don't see any reason for war.
Wars are started for profit, which can be made by people who buy stock in defense contractors or are paid to lobby and propagate them.
Do you think video games and tech are unrelated to how wars are fought?  Wars are aloud to continue because of information, or a lack thereof, about their unnecessity and who is gaining from them - that's why the military does Public Relations, at football games, in advertising,
and in the content of all forms of entertainment.  I hope you reconsider.
At your spoiler text, idolatrous Atheism has killed far more (Mao, Stalin, Pol Pot, Lenin) than those claiming Christianity (You can't kill in the name of Jesus, because He says he's one with His Word, which teachs for us not to do any violence, this command is even given to troops in Luke 3:14)