What you guys still fail to realize that X1 sold only ~10 % less than the PS4 even with a bad reputation, higher price and all that.

The difference is so insignificant that a price cut can make X1 overtake the PS4 in a few months.

It's not like in Europe where PS4 sold 2 times more than Xbox, it's really close.

What you fail to realize is that you can already find an X1  at $450 with Titanfall and Kinect, also Xbox was the big winner last gen in USA so they lost massive market to Sony this gen right out of the gate Kinectless X1 will help no doubt but it won't push it ahead just look at last months numbers: PS4 is ahead with 85K.

How much can Kinectless X1 close the gap? 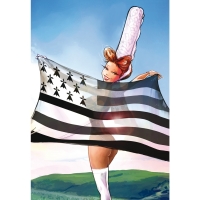 autor the dreamer. Xone will never come back, US, Uk and of course world will be PS4garden until the end of one, soon.

The mistake you are making is that you somehow have it in your head that the xbox brand=/better than the PS brand.

If you are going off how well the 360 performed in NA, and believe that there are somhow all those people waiting to buy an X1, then just look at the PS2. The PS2 sold over 150M consoles worldwide compared to the 30+M worldwide the xbox sold, yet the PS3 was decimated in NA. Better yet, just look at the Wii and then the WiiU. Brand loyalty doesn't hold anything near as much relevance as you seem to associate with it.

Honestly, I don't think the X1 is loosing to the PS4 enough in NA to not at least keep the fight close. But I also don't think its going to somehow start outselling the PS4 by over 70K each month from price drop onwards for it to one day outsell the PS4 in NA. If it would make you happy, I expect the XB1 to do very very well in june when they drop the price and settle down the months after. But don't get your hopes up that price parity is enough to turn things around. At its heart, pound for pound, the PS4 is overall better hardware you know?

What you fail to realize is that outside the launch where both consoles sold really close to one another PS4 have been selling more than 50% above X1. Just look at the NPD numbers or even VGC after corrections.

Even in the TF release (bundle 2 games and 50 discount) for 450,00 they still lost with good margin so that should show you that it isn't easy to determine that a 400,00 console only SKU won't do wonders. Well that if you intended to be honest on it, but if you preffer to keep pretending that is your choice.

If it wasn't for Titanfall, the X1 would have been outsold 2 to 1 each month starting January. However, even with Titanfall and the $449 at its back, it couldn't outsell the PS4. The Kinect-less SKU will do minimal impact because you get an X1 for virtually $289 ($449 - $100 - $60) with the Titanfall bundle, a hugely better deal than what MS is offering. I can buy a Kinect-less SKU and a game for $459 or get the Titanfall bundle for $449 on top of which I can sell the Kinect for some money now that it will be no longer bundled with every X1.

Wrong, NPD numbers show PS4 at about 3 million and the X1 at 2.5 million. VGC numbers are completely inaccurate and the fact that April NPD X1 numbers were half of April VGC X1 numbers clearly show that.

I am sorry, are we on NPD forums?

Also, proof that VGC numbers are a joke? for all I know NPD got the numbers wrong, you can't prove otherwise.