E3 is almost upon us and the hype is through the roof.  We can already hear Kaz screaming ridge racer! and feel the ghost of Kevin Butler haunting every PS fanboys dreams. So let us speculate, guess, predict and get way over hyped for the show until it actually begins!

The event is scheduled for 6 P.M. PT on June 9th. In the meantime, share any rumors/"leaks"/hype gifs/pics.  I will be updating this post with news/links to the conference.  Go nuts.

Destiny Beta on PS4 in the Summer

Special thanks to Bananaman and  Zekkyou for their amazing contributions.  <3

Cant wait for the E3 party!!!!!! hell im gonna get pizza and beer

I'm here and ready to go.

Tagged III: Worst in the Trilogy 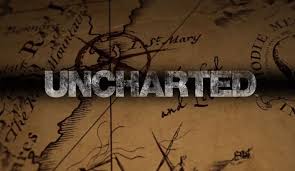 Too much expecting something for Vita too?

Sony E3 at an ungodly hour again. And to top it off I have finals that week. Aw fuck :(